Tottenham Hotspur forward, Heung-Min Son has completed his three-week basic military training course in South Korea today and picked up the “Pilseung” award as the top performer among 157 trainees. He got a perfect score in mental evaluation and excellent grades in all subjects, including hitting 10/10 shots on target in shooting training.

Also Read: 5 substitutions, games behind closed doors and other temporary changes to expect when football resumes. 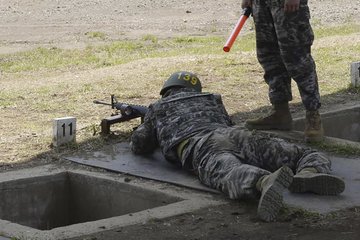 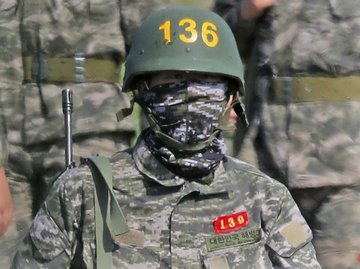 Upon completion of the training course, the forward who has not played since fracturing his arm in a league match against Aston Villa on February 16 still has to undertake 544 hours of community service over the next 34 months. who led his country to gold in the 2018 Asian Games football tournament,

“He received the ‘Pilsung’ prize which is one of five types of awards for best performers, All the courses were judged in a fair and strict manner, and his military training officers have said he went through the training faithfully.” the Yonhap news agency quoted a Marine Corps officer at the unit on the southern island of Jeju as saying.

He was quarantined for two weeks after arriving in Seoul from London at the end of March, completed the training during the suspension of the EPL due to the Covid-19 pandemic and  is due to return to London next week.