Award-winning superstar, Stella Damasus has returned to the silver screen with the movie BETWEEN. Set in Atlanta, Georgia, Damasus plays the character of Chelsea Hollis, a very successful 36-year-old woman that has been married and divorced four times! She lives a double life as a white-collar worker by day and a party girl at night. She helps people fix their relationships but she has totally given up on love. A strong feminist who believes women should take control over their destinies and be 100% in control of their emotions and the choice of who to sleep with and when to do it.
She meets Scott Hamilton and a one-night stand blossoms into a romantic relationship until she finds out that the man who is about to change her perspective on love, may just be much more than what she expected. The movie also stars fast-rising stars Travis Grenier, Tatiana Zappardino, Lynne Jenson and Erin E. Feest. 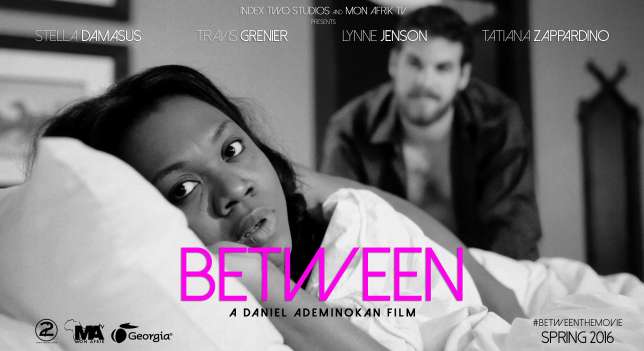 BETWEEN is a cinematic masterpiece that takes you on an emotional roller coaster ride from the first shot to the very final frame. Award-winning filmmaker, Daniel Ademinokan, helms BETWEEN as the writer and Director. Ademinokan and Damasus are also credited as Producers and Executive Producers on this film under their production company Index Two Studios, LLC.
The movie has already secured a deal with Adler & Associates Entertainment, a sales agent in Los Angeles. The World Premiere for Between is happening on October 7th at the GlennFest Film Festival in Downey, California.  Between is the movie to close out the 7-day film festival. Tickets to the World Premiere are available here bit.ly/2CrDNrb and it promises to be a spectacle. The film has also been selected to screen at several film festivals across Europe and North America.
Link to Official Trailer: https://www.youtube.com/watch?v=i0Id7bSO-RM&feature=youtu.be
Previous ArticleUEFA to introduce a third European club competition.Next ArticleThe Rise and Fall of Akinwunmi Ambode. “Baba Sope” Political Ideology and the Myth of Yoruba Omoluabi Ethos | By: Kayode Ogundamisi