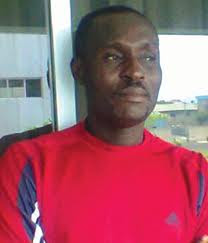 A former member of the Nigeria Football Federation, Shuaibu Gara-Gombe in an interview revealed that some key players sabotaged recently-sacked Eagles coach Samson Siasia as he was having problems with them.
Shuaibu also explained that sacking the ex-coach is not the end of the nation's football woes adding that SiaSia was just a victim of the system he worked for.
Though it was clearly stated in his contract that he had to qualify the country in the 2012 African Cup of Nations, Shuaibu explained that there is something wrong with the technical committee of Nigeria football federation, according to him, the most important job of the committee is to sit down with national team coaches and discuss their match plans, team formation&players to be used, "Nigerians have to understand that if the coach fails the committee has failed too. The technical committee lacks a sound qualified head. It is difficult to believe that Osaze Odemwingie who scores from 25yards when playing for his team and Emmanuel Emenike could not score from 6 yards in a match as vital as that. The kind of goals they failed to score in that match was inexplicable." He concluded.