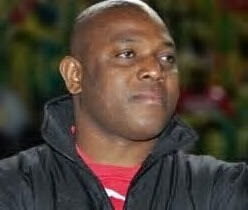 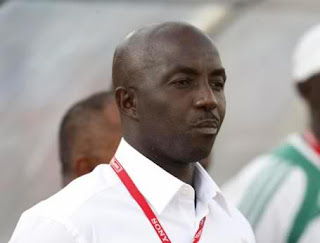 Watching ex Super Eagles coach Samson Siasia step into the National Stadiun Abuja venue of the unveiling of his successor, Stephen Keshi drew a lot of surprise from guests who had probably thought he was the last person to grace such.
But Siasia who had earlier withdrawn his lawsuit against NFF attracted rounds of applause when he brought out and handed over an all-green Super Eagles jersey with number four inscribed on it.
The present however is not unconnected to Keshi's number four jersey during his football days in Nigeria. As he takes the mantle of leadership from Siasia, he is expected to help Nigeria qualify for the 2013 African Cup of Nations game.Source: Channels TV