Charles Novia’s Blog  has released it’s annual ‘ Top 5 Best Actress/Best Actor’ list. the writer, Charles Novia; an actor, filmmaker and critic said there was a competitive slant in the quality of acting in the industry. See the actresses who made this year’s cut.
The year 2016 has been quite an interesting one for Nollywood as one could arguably conclude that more than ever, there were more exciting films released by Nollywood filmmakers at the Box Office than ever in the past five years. With a couple more to look forward to before the year draws the final curtains, some might argue that I am bringing out this list prematurely but I beg to differ. I think I have seen all what I have to see to know that those who make this list this year really deserve to be on this list and have given brilliant performances in 2016.
First, my overview of Nollywood in 2016; Nollywood was phenomenal in international networking and received deserved recognition but still floundering in production ambitions, story directions and elevation of general artistry. Many of the movies which had cinema runs in 2016 by Nollywood Filmmakers had no business being on the big screen and most should have been consigned to television fares rather than wasting the recession-tested money of the movie goers. Having watched many of such movies in 2016 with my team of judges, one’s patience was tested in many cases and I certainly hope that filmmakers would learn that the box office is not necessarily an avenue for boring movie goers with sleep-inducing fares. A lot of Nollywood movies which were released in the cinemas in 2016 had what I term ‘ the smooch factor’; which is an uncomplimentary term I coined where bored couples buy the tickets, find themselves alone in the hall in many cases and begin to smooch themselves while the movie flickers on the screen!
Once again in 2016, television series and serials gave Nollywood films a good run for money and a couple of outstanding commissioned productions opened a new window for me to re-evaluate old and new talents.
I always use the following criteria for awarding my prizes and it hasn’t changed this year; Interpretation, Visualisation, Characterisation and Enunciation.
I do not use ‘Stardom’ ‘A-Listers’ or whatever general considerations others might have in arriving at conclusions. It’s purely professional and nothing personal.
BEST 5 ACTRESSES IN NOLLYWOOD IN 2016
NUMBER 5: NANCY ISIME I can bet many people would be asking who she is and those who know her as a television presenter on a music channel might not even have an idea that she is an actress. I never did until a few months ago, I watched her in two movies and she completely delivered the goods in both. Nancy featured in ‘Hex’ a short film by music video maestro, Clarence Peters where she played the role of a cagey young lady and played her role to the hilt. Her ability to subsume the role and take over the screen in that short movie first caught my attention and I made a note that this was one lady to look out for in the future. That future came too soon as I watched her a few weeks later in ‘Gidi Blues’, where she played a supporting role but did it so well that it got me wondering why she did not play the lead role in the first place as Hauwa Allahburaka, the lead actress in that movie, was sometimes bland in delivery where it mattered. Nancy Isime gave natural and effortless reactions in ‘Gidi Blues’ and she was a delight to watch. This is one actress to watch out for, if the right scripts find her and all she needs is one big break. Take it from me, this young lady may go places.
NUMBER 4: ADE LAOYE

In her role in the hit Africa Magic telenovela of sorts, ‘ Hush’, Ade Laoye explodes on the screen as ‘Oye’, a role which sees her give all her best and perhaps prove to us that her academic training in Theatre and Film abroad was not in anyway a mistake. Her ability to express conflicting emotions of confusion, determination, love and irritation, sometimes in one stretch in any scene tells me that this is a lady who internalizes and interprets her lines and role with minimum flaws. Though at times, her articulation wavers from an American-tinged accent to a Girl-next-door accent, that can be forgiven when she seamlessly switches to Yoruba in most of her interactions with Ruffy, a lovesick thug in ‘Hush’. Within the ambits of cosmopolitan roles, Ade Laoye comes out smoking. I would love to see her take on more challenging roles in future, a switch from the urbane to the local might help in assessing more of her range. In any case, this is a very good actress. Take that to the Bank.
NUMBER 3: ADESUA ETOMI

There’s something artistically ‘ almost perfect’ in intensity when Adesua Etomi acts on the screen and the same attributes are not in anyway diminished when one sees her feature in theatre productions. I watched her in a couple of movies this year in which her powers of characterization and interpretation were amazing. In ‘Falling’ and ‘The Arbitration’, Adesua gives performances demanding respect from her peers and professionals. The Young Lady sizzles on the screen and obviously does her homework on her roles very well. For the new generation, she is a good example of how an Actor Prepares. What the future holds for her in Nollywood is pleasantly poignant. Maybe international recognition would come calling. Perhaps an Oscar or a Golden Globe in the near future? With talent this good, it is possible.
NUMBER 2: BIMBO AKINTOLA 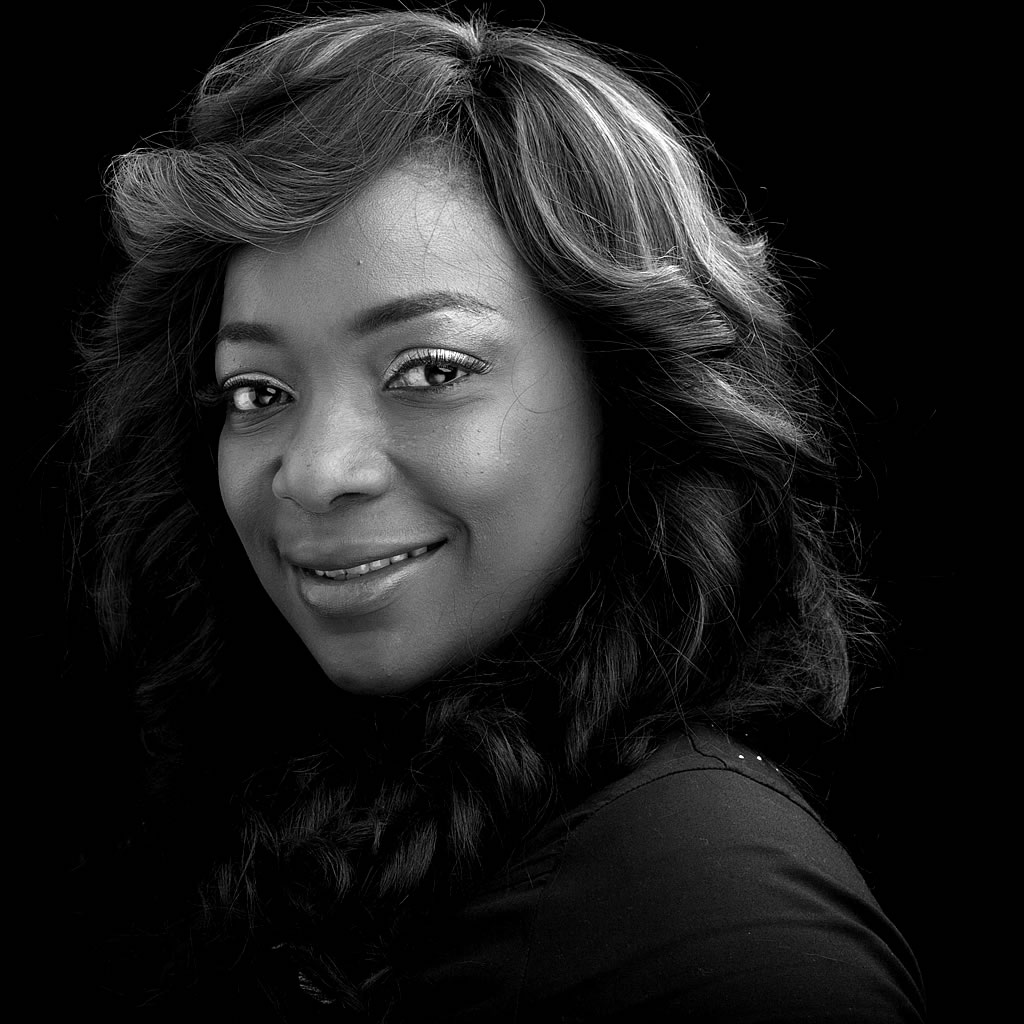 Easily, Bimbo Akintola would be my best pick any day and I had to mull much on whether to have a joint Number One this year. However, it is my pleasure to re-introduce Bimbo to an audience who hitherto knew she was one of the best in the country and would have to re-validate that perception after watching her in the movie ‘ 93 Days’. Her interpretation of Dr Ameyo Adadevoh, the late heroine of the Ebola Crisis faced by the Nigeria in 2014, was beautifully done. Bimbo took us all through the build ups, the family bond, the professional ethics and the uncanny heroism of Dr Adadevoh. Watching her with a lump in our throats and a pang in our hearts, one can tell that the Sympathy Value she brings to the story was enhanced by our willing suspension of disbelief. Is Bimbo good? Heck, no! She is excellent! She is in a class by herself and…..no….scratch that. She is in a Master Class by herself and acting students have no other option but to learn from her for years to come.
NUMBER 1: SOMKELE IYAMAH-IDHALAMA 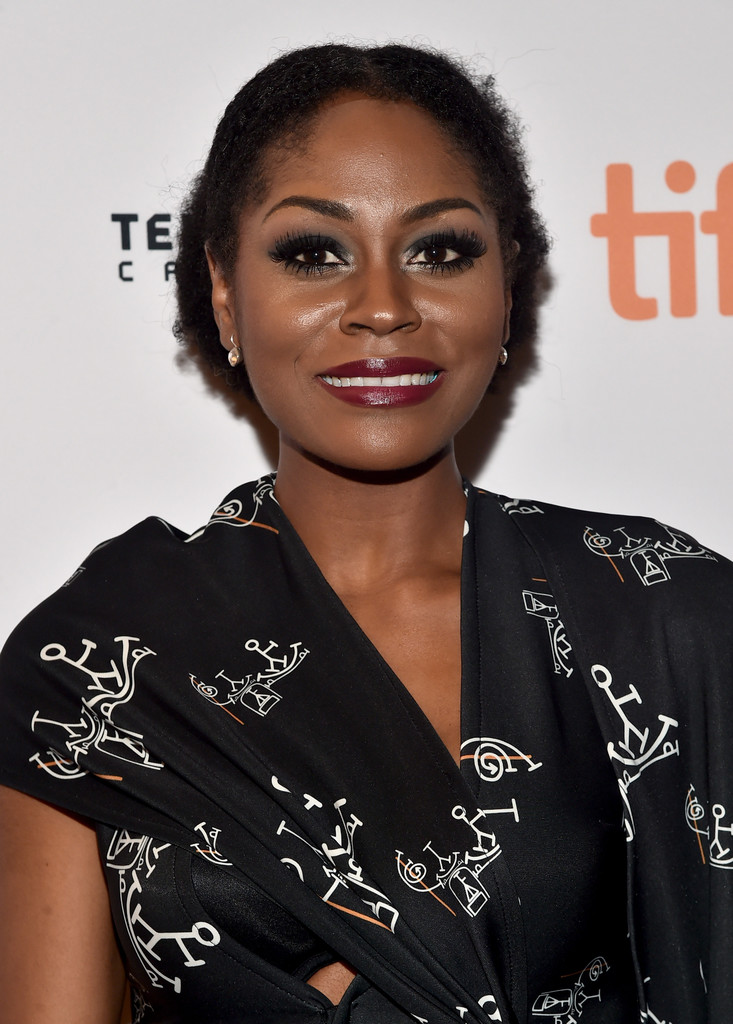 Who’s this graceful young lady who shook the Nollywood in 2016 with her prowess and panache? Where did she come from? How come a gust of fresh wind could smell so arty and refreshing?
The answers to those questions are as much to be found in Somkele Iyamah-Idhalama as they would be asked of her in the first place. I first noticed Somkele perhaps a couple of years ago in the Ndani TV Web series ‘Gidi Up’ and though she stood out there, what struck me back then was that this young lady has such a powerful screen presence which looked under-utilised in that fare. Perhaps, a couple of Directors noticed it too because in 2016, Somkele came out smoking in two movies; ‘93 Days’ and ‘ The Arbitration’. In the latter, she believably plays the part of a Legal Counsel who represents her client and is conflicted as new revelations crop up during the proceedings. I was quite struck by Somkele’s deliberate mellow range in that movie and that made me sit up a bit to assess her in the other movie, ‘93 Days’. She plays Dr Ada Igonoh, an Ebola Survivor in the movie and it was in that portrayal that she won our hearts. Somkele gave us an insight into the conflicted emotions of that character. We saw pathos, poignancy, pain, and possibilities in her character. Most of all, she portrayed the power of Hope to the hilt. She was Ada Igonoh and not Somkele for the duration of the movie (and expectedly so, if one would say that was what was expected of her). And there was something very powerful about her final Walk of Life out of the hospital, where she gave a backward glance. That glance tells it all; a goodbye to an ordeal and there are few actors who can pack such innuendoes into a non-verbal action like that.
This lady lit up the screens in 2016. Let’s hope she continues to shine in the following years because she is, in my opinion, a new example of good acting.
And that’s the Truth, Ruth!

Previous ArticleDidier Drogba to leave Montreal Impact at the end of the season.Next ArticleStruggling to look stylish? Get some inspiration from 85 year-old Ali!