Tributes have continued rolling in for Manchester United striker, Zlatan Ibrahimovic  who suffered a  cruciate knee-ligament damage during the 2-1 Europa League quarterfinal victory over Anderlecht last week. There’s speculation that the setback could end the  former Sweden international’s career.
The 35 year-old has been receiving support messages from footballers all over the world. Soccer greats, Ronaldo, Ronaldinho, the two Milan clubs, AC and Inter Milan, Chelsea players, Kourt Zouma,  gave shout outs to him on their official pages. Check them out 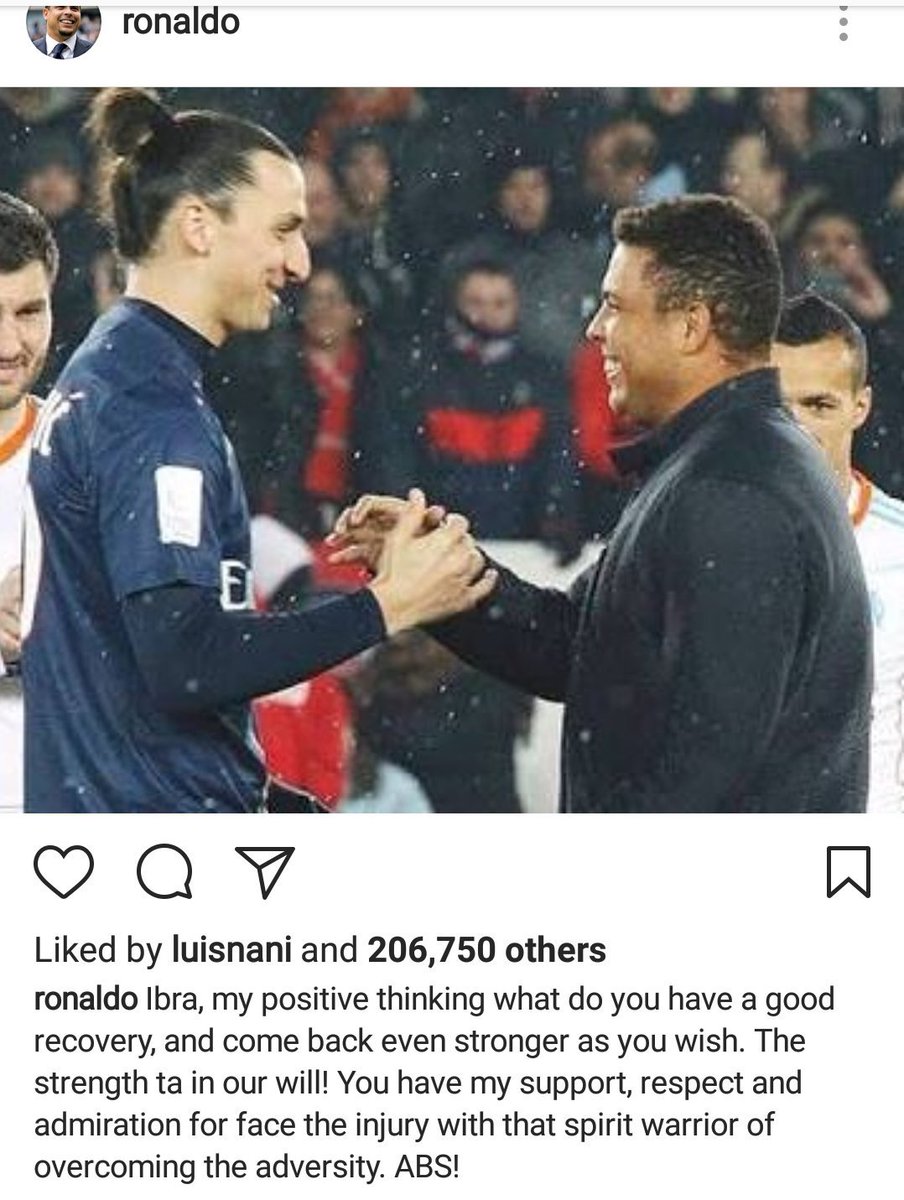 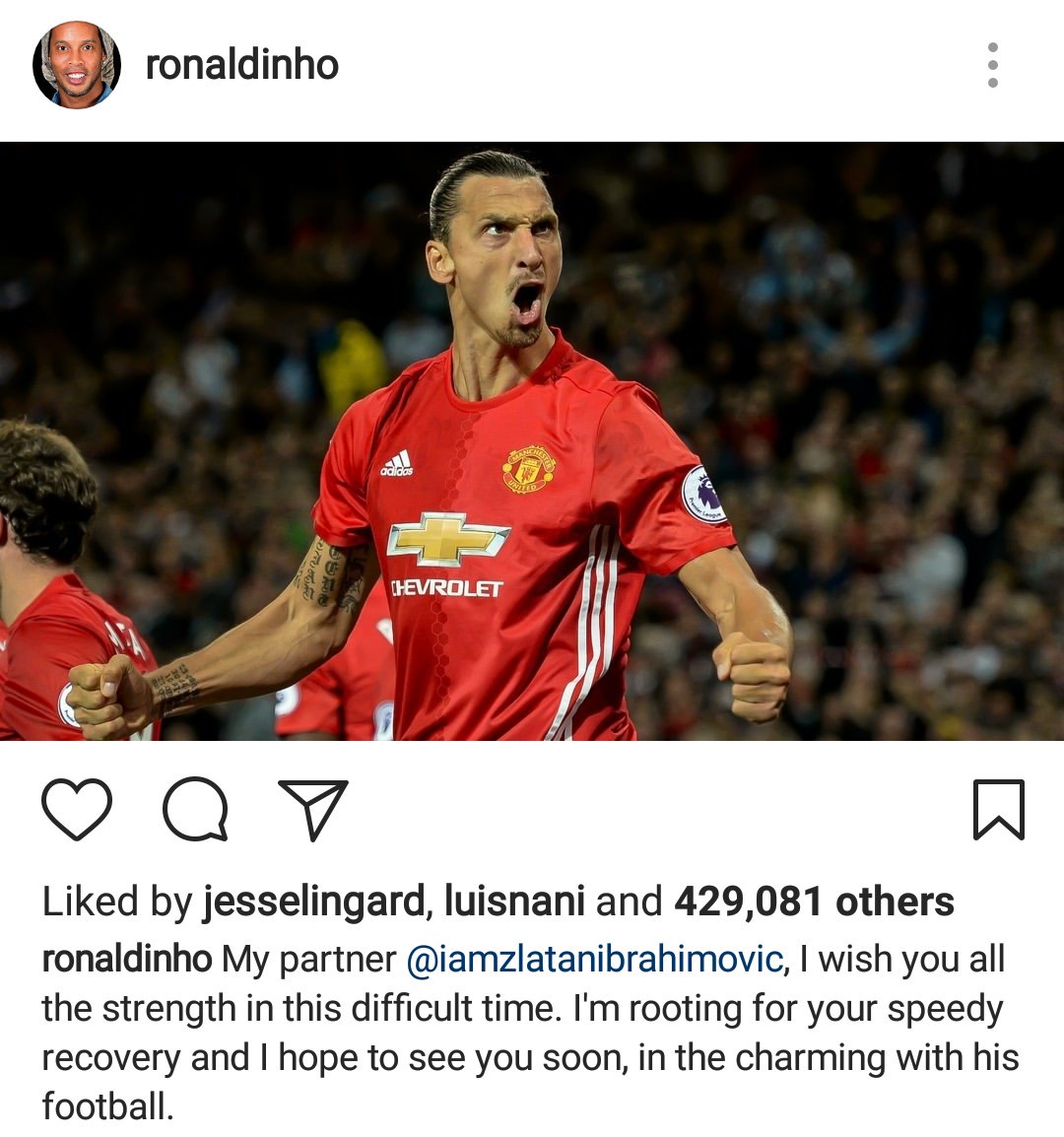 Get well soon @Ibra_official i know the feeling you have now as you know it happened the same to me 😫 but you're strong !!! 💪🏾😁🙏🏿