Referee Mark Clattenburg has quit the Premier League and will take up a job in Saudi Arabia. 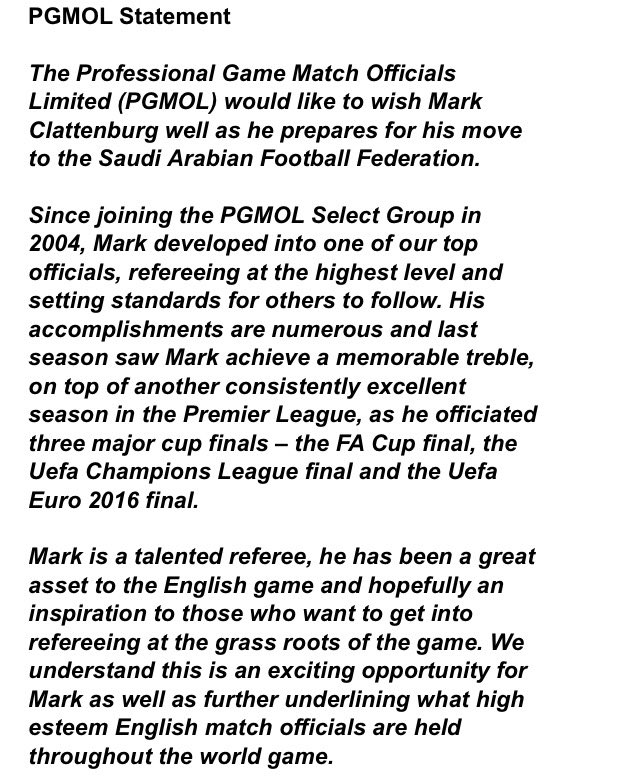 Unarguable one of the top referees in the English premier League, The 41-year-old was reportedly frustrated by a lack of support: “[Clattenburg] is unhappy with the PGMOL management, the way it is run, the management style of Mike Riley as well as the lack of support and quality coaching on offer.”  A source hinted.
Clattenburg who has kicked off his career at the age of 25 in year 2000, was promoted to the Premier League in 2004 took charge of the Euro 2016 final, the Champions League final and the FA Cup final last season. He is expected to quit before the next round of Premier League fixtures which starts on 25 February.