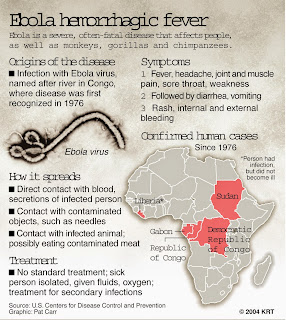 This is so relieving! Pray the only patient left recovers and is discharged soon. Health Minister, Prof. Onyebuchi Chukwu during a press conference revealed that Nigeria has successfully been able to curtail the number of Ebola cases in the country. Right now we have only one patient in isolation.
Nigeria recorded a total of 13 cases since the outbreak of the EVD in July. Patrick Sawyer, the primary carrier died few days in Lagos, Five infected patients also lost their lives, seven recovered and were discharged. Prof. Chukwu also added that two of the nurses who managed Mr. Sawyer were discharged yesterday at the isolation centre in Lagos.
Also, all the 129 people under surveillance have completed the 21day observation incubation period, one person found to be symptomatic is under observation.
Previous ArticlePhotos from late Dora Akunyili's Night of TributesNext ArticlePhotos: Angel Di Maria seals Man United move, becomes 6th most expensive footballer of all time+ Top 10 transfers