In what can be described as an astounding feat, a Nigerian pilot; Ademilola ‘Lola’ Odujinrin has become the first African pilot in history to take Africa on its very first round-the-world solo flight. He completed the journey on Wednesday afternoon, landing safely at Washington Dulles International Airport. The flight is part of Project Transcend, a foundation which aims to inspire young people to achieve their goals, regardless of their personal circumstances.
Ademilola, a staff of Air Djibouti, completed the entire circumnavigation in a Cirrus SR22, stopping in more than 15 countries on five continents, returning to Washington DC, where his journey began in September.
On his accomplishment, Ademilola said, “Ever since I was a child, I dreamed of one day flying around the world. We have a responsibility to lead by example and follow our dreams. I want African children to think: ‘I can do this too!’ I would like to extend my sincere gratitude to Air Djibouti’s Chairman, Aboubaker Omar Hadi, and Cardiff Aviation’s Chairman, Bruce Dickinson, who have supported me throughout this journey. Without them, this would not have been possible.” 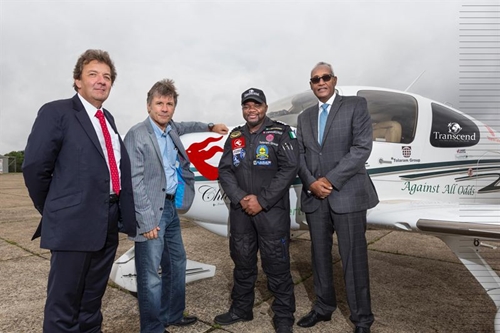