Movie Title: ISOKEN
Genre: Romantic Comedy
Year of Release: 2017
Cast: Dakore Akande, Joseph Benjamin, Tina Mba, Funke Akindele, Lydia Forson, Patrick Doyle, Marc Rhys, Damilola Adegbite
Director: Jadesola Osiberu
“Isoken” is about a independent, 35-year-old lady (played by Dakore) who is being pressurised by her mother (played by Tina Mba) to get married. She has three friends; Agnes (Funke), Kukua (Lydia) and Joke (Damilola), the latter going through a marriage bedeviled by miscarriages. She gets acquainted with a man named Osaze (Benjamin), and later on, an Englishman named Kevin (Rhys), who works at her office on a contract basis, and keeps bumping into her in awkward situations, from panties forgotten in washing machines to faces smeared with flour. Osaze seems like the perfect guy, but Kevin with his dry British humour, Afrophilia and love for the arts begins to get through to Isoken, and things get complicated.
.
For one, the script and the plot are non-cliche, the plot is well acted out, and the dialogue is pretty top notch. There are no excessively long scenes, Dakore shows us what we have missed for so long, Marc Rhys makes British humour really appealing, Joseph Benjamin sticks to his lines, Funke does not try too hard to be funny, and Tina Mba plays the classic Benin mother to perfection, drama and all, down to the accent. All in all, it makes for a great movie. 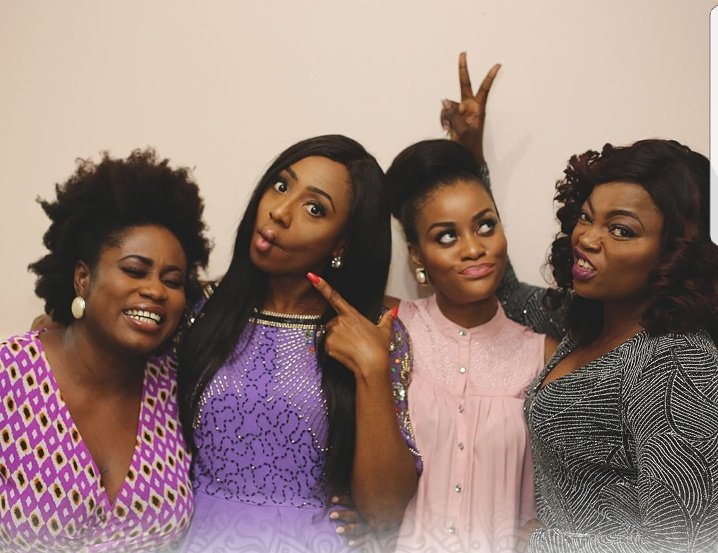 There are, however, a few observations. Isoken’s character is artsy and feminist in nature. That appears to be a major theme in the movie, and that is fine, but in about four scenes, the cameras seemed to focus a little too much on Isoken’s pile of books. We get it. she is an independent woman, can we move to other parts of the room? Again, the plot seemed a bit too “obvious” in trying to paint Kevin (Rhys) as a better fit for Isoken. The point is clear to see, but Osaze’s character could have used a little more flesh and personality, the shallowness seemed a tad too deliberate.
At the end of the movie, Kevin feels defeated and intends to leave Nigeria, seeing that his contract is up, but Isoken professes her love, and he agrees to stay. That is as improbable an ending as we can get! Yea yea, Love makes us do things, but ditch England for Nigeria? Oh well. I don’t know. There is also the wedding choreography at the end, similar to that overly hyped you-know-which-movie, but ultimately, the movie is watchable.
Rating: 6.5/10

Jerry Chiemeke is a lawyer and freelance writer who lives in Lagos. An amateur photographer and sports enthusiast as well, Jerry’s works have appeared on Blanck Digital, Elsieisy, Oshodi.tv, The Kalahari Review and Brittle Paper. He is the author of ‘The Colours In These Leaves’. Get the book Here

You can follow him on Twitter @J_Chiemeke, and also check out his craft on his blog at pensofchi.com