American boxing legend, Mike Tyson has been offered £900,000 for a rematch with 1995 opponent, Peter McNeeley amid his rumoured comeback. Iron Mike has been posting series of training videos posted on his Instagram page  and once said during a Facebook livestream that a return to the ring is possible.

“It may not be over yet, Anything’s possible. I feel unstoppable now. The gods of war have reawakened me, ignited my ego and want me to go to war again. I feel like I’m [young] again.” He also said during a chat with rapper T.I on Instagram that he’d be doing “three- or four-round exhibitions for some charities and stuff.”

The 53 year-old who competed from 1985 to 2005 hung his gloves in 2005 in a loss to Kevin McBride. McNeeley, 51, who has not fought since 2001 was destroyed by Tyson in just a round with two knockdowns in just over a minute . He threw in the towel just 89 seconds into the fight.

‘Mike Tyson, do you want me to try to wrap you in a cocoon of horror again?’ hewas quoted on Boxing Scene.

Boston Boxing Promotions  have approached Tyson with a huge offer.

Promoter Peter Czymbor said: “Some have asked if this is a publicity stunt, and to that I choose to dodge the question. 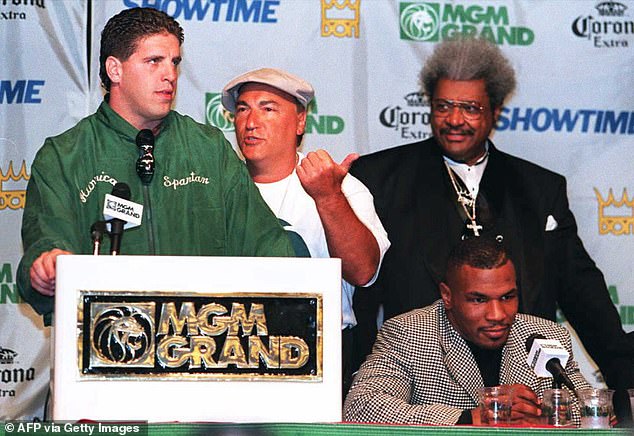 ‘This will be an event like no other when it comes off.

‘We are offering undercard slots to the entire cast of Tiger King, the girl who got hit in the head with a basketball she threw behind her at a hoop while dancing on TikTok, and Doja Cat because I can’t get that ‘Say So’ song out of my head.”

If Iron Mikes agrees, a percentage of the proceeds will be donated to local charities.