Yesterday, the video of a man named Mr Femi Adeoye, who berated his son for flouting the lockdown rule of engaging in non-essential travel, surfaced online. His son sneaked into Ekiti, from Lagos and Abeokuta but was turned down by his father, for ignoring his warning and insisted he must be quarantined for at least 14 days.

Mr Adeoye the principled man that outed his son for sneaking into Ekiti state and flouting the lockdown rule of engaging in non-essential travel.

Well, the video of the highly principled man caught the attention of Ekiti State Governor, Kayode Fayemi, not only did he write him a letter of commendation for exemplary conduct, he also has now appointed him a COVID-19 Response Ambassador in Ekiti State.

His son has also been quarantined. 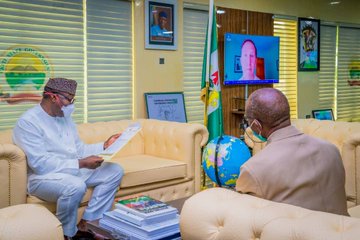 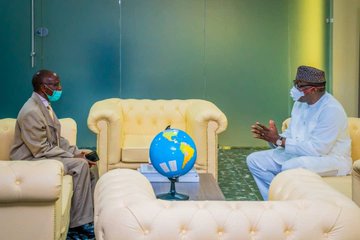 “Today, I appointed Mr. Adeoye, father of the young man who sneaked into Ekiti state, as a COVID-19 Response Ambassador in Ekiti State. I am proud of Mr Adeoye as a principled Ekiti man and I salute his courage in helping us keep Ekiti safe. Mr. Adeoye will help to propagate the message as a member of the COVID-19 Task Force Ekiti-Covid 19 in the state.” Ekiti State Governor, Kayode Fayemi wrote on Twitter. 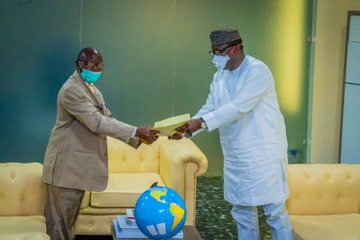 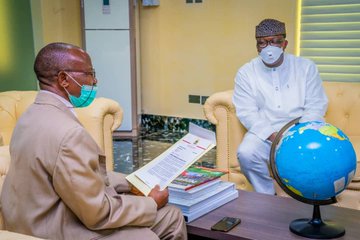 Everything comes with a reward!