Reigning European champions, Real Madrid defeated Manchester United to win the UEFA Super Cup in the Macedonian capital Skopje today. The contest which is held by winners of the  Champions League and Europa League ended 2-1. Real Madrid’s Casemiro and Isco as well as Manchester United’s Romelu Lukaku  all got on the score sheets.
Zinedine Zidane has been in charge of Real Madrid for 19 months and has already won 6 trophies. He becomes the first person to win the UEFA Super Cup +2 times as a player and +2 times as a manager 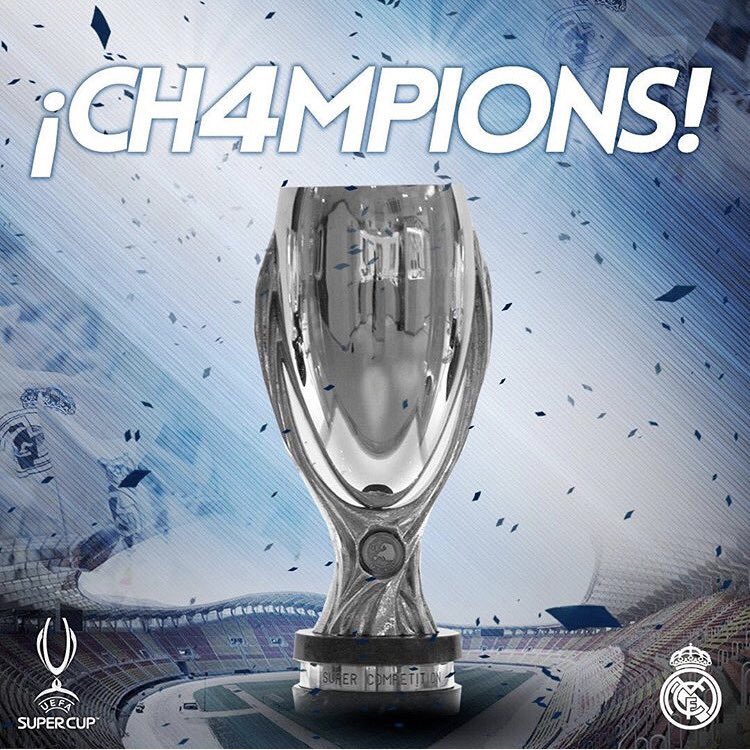