Four male college students of the North Carolina State University (pictured above) are working on a new nail polish that protects women against sexual assault. It’s called the rape prevention nail polish or the anti-rape nail polish. Now that’s genius.
According to their facebook page, the aim of their company Undercover Colors, is “to invent technologies that empower women to protect themselves. With our nail polish, any woman will be empowered to discreetly ensure her safety by simply stirring her drink with her finger. If her nail polish changes colour, she’ll know that something is wrong.”

Kelly Oxford; a New York times Best Selling Author commended the idea: “This new nail polish that can detect the date rape drug is great if you think women aren’t trying hard enough not to get raped.” 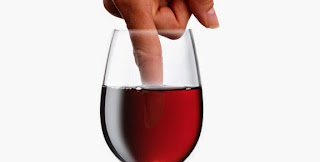 Andrea Grimes, a Senior Political Reporter at RH Reality Check, pointed out on twitter that “Rape prevention nail polish sounds like a great idea but I’m not sure how you’re going to get men to wear it.”

And of course the invention was greeted with enough backlashes one would expect of such sensitive topic. So I got reactions from 3 different twitter users. Their say:
IjeomaOluo: Women raped by loved ones, family members, dates, friends. Women raped as war tactics. You think a polish would help them?

Lindywest: i am not really that into the “rape prevention” nail polish. how about women don’t have to wear a special nail polish and dunk their fingers in every cocktail to not get raped. But “rape prevention nail polish” is the DEFINITION of “looking like you’re helping.” It’s an impractical fix for ONE specific circumstance.

Ryan MacLean: Instead of finding real prevention methods it perpetuates the idea that women should be held responsible for not getting raped.
Previous ArticleLate Dora Akunyili's burial in picturesNext ArticleEbola Virus hits Senegal