La Liga has revealed their decision to press criminal charges against the pitch invader who ran on to the pitch during Real Mallorca’s behind-closed-doors match against Barcelona on Saturday to try to get a photo with Lionel Messi.

The fan, who donned an Argentina kit with Messi’s name and number 10 on the back scaled a two-meter fence to access the stadium, he was later ejected by security personnel and police. Mallorca are currently investigating how he got into the stadium. 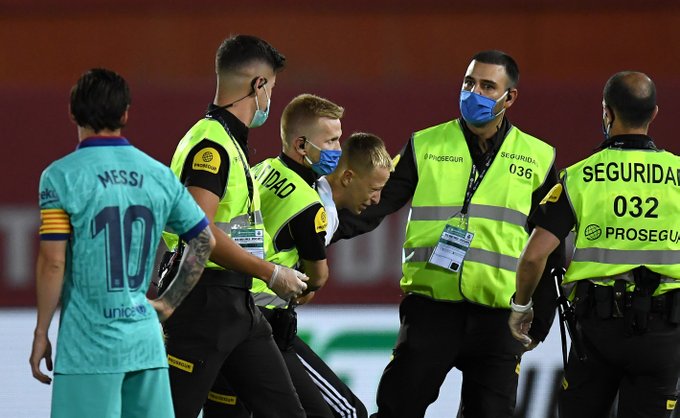 A statement from La Liga on Sunday said the man accessed the pitch “without any authorization and disobeying the protocols established by health legislation, as well as disobeying the orders of security staff”. La Liga also wishes to show its absolute condemnation for this type of conduct that puts the health of others at risk and risks damaging the integrity of the competition,” the statement added. 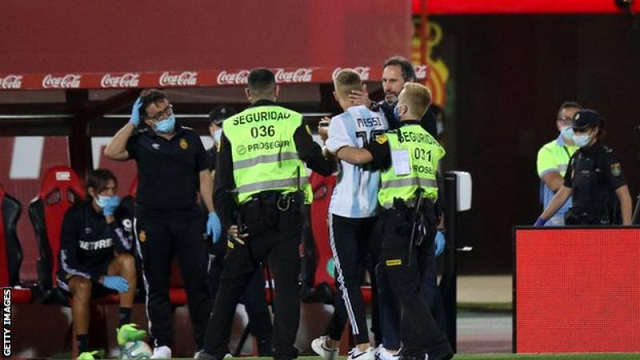 “I had planned this ever since I knew the match was happening, I wanted a photo with Messi and to meet him because he’s my idol,” he told Spanish radio station, Cadena Cope.