Nollywood actress, Mercy Aigbe-Gentry has opened up on why she endured domestic violence in her 11 year-old marriage.  The mother of two who was beaten up by her estranged husband, Olanrewaju Gentry on Sunday, April 16, 2017 has revealed that the physical assault has affected her sight and caused her to bleed internally, she however said that she remained in the turbulent marriage because of her children and to retain the “Mrs” status.
Asked why she came out to say her husband never touched her, she was quick to refute it. “I never for once came out to say that my husband did not beat me. The video people were referring to happened in 2013 when there were rumours of such and I did a video recording alongside my husband to debunk the claim. At that time I had to do it to protect his image and my marriage. I had to do a live video at that time”, she said. 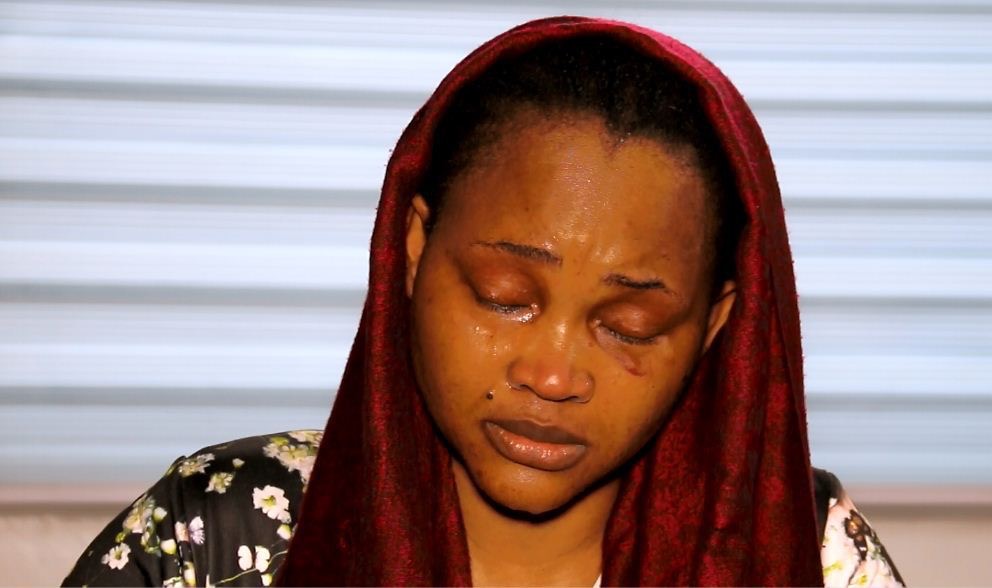 About Beating.
“He beats me consistently.” When probed on why she stayed that long after the consistent beating, Mercy revealed that she did because she wanted a home. “I stayed because I loved him and because every time he beats me, he begs and gets family and friends to beg me. He promised regularly to change but he never did. When my husband gets angry, he gets physical, not only to me but to anyone. He has done that with my house help who reported him to the Police years ago. “I stayed because of my children and because a lot of people look up to me. I was a role model of some sort and I really wanted to keep it together. I just wanted a home” 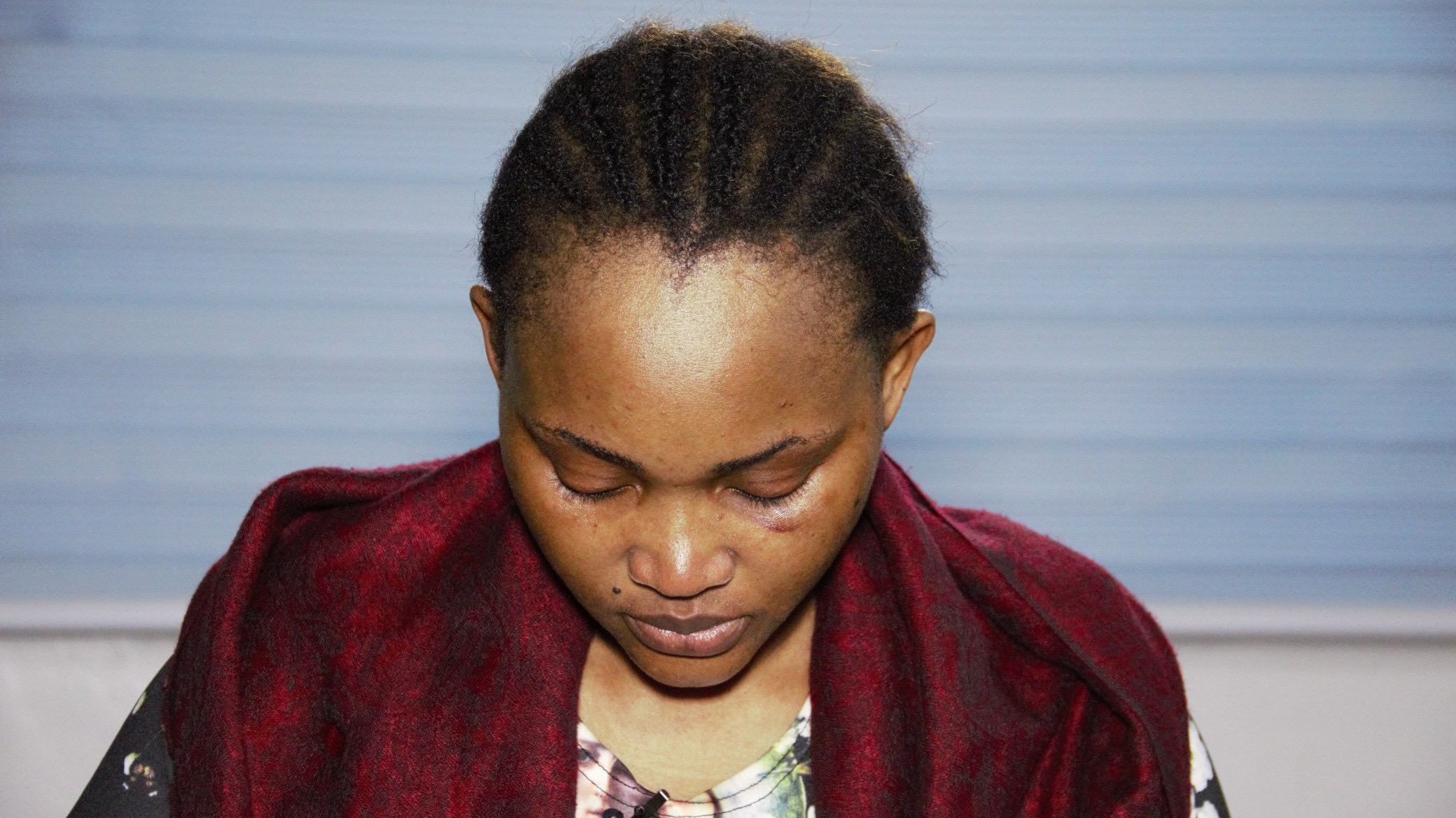 Why she wants to leave now.
“It’s not like I wanted to walk away but I just feel like we need help. I spoke to my husband’s brother about it. I told him I was going to pack out for some time while my husband seeks therapy. I just wanted to feel safe, that is why I moved my things out. This last beating was brutal. I actually thought I was going to die”. 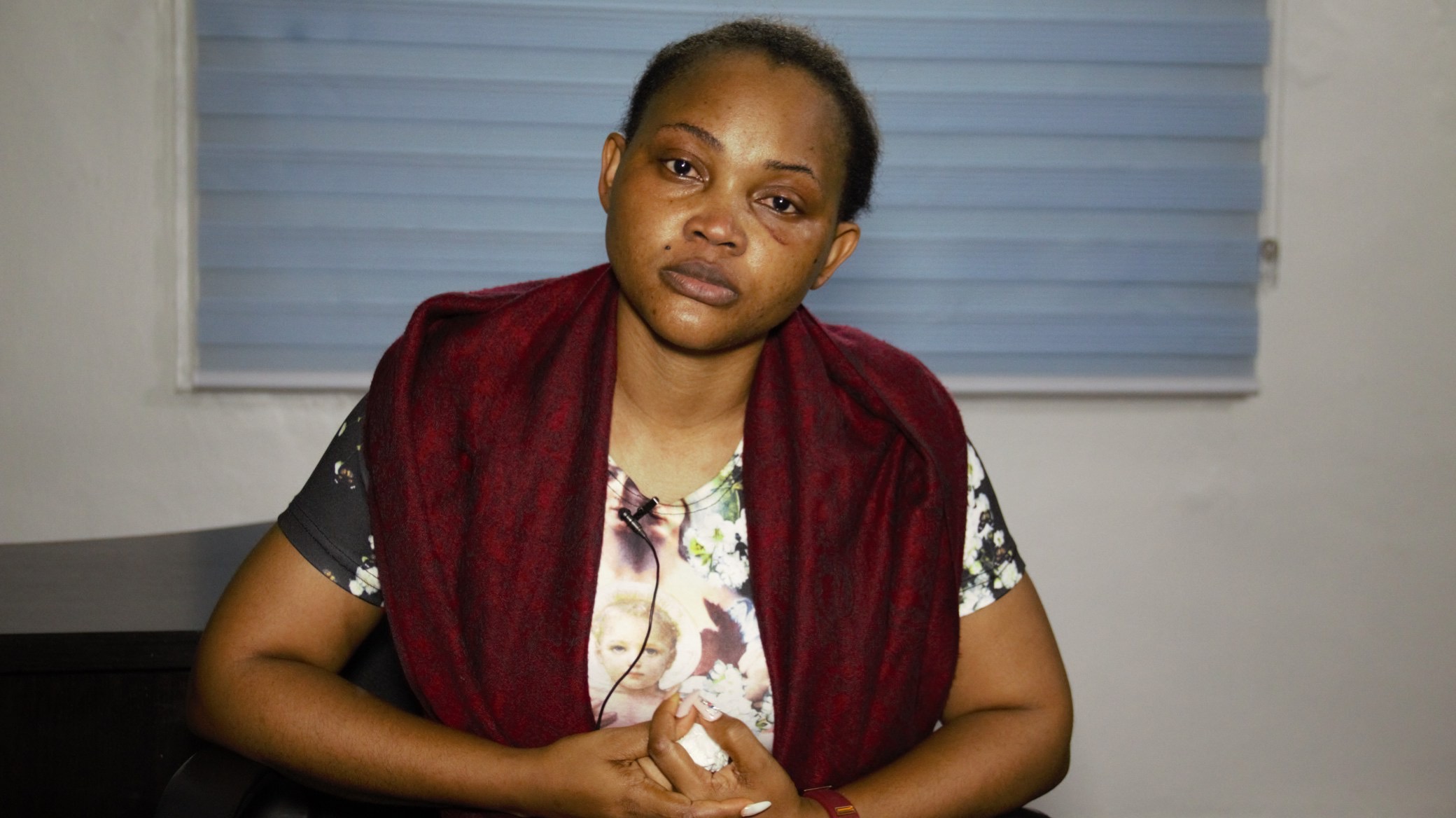 I’m Still Coughing blood.
The Nollywood actress revealed that her husband broke her orbits which will necessitate a surgery for her to see properly. “I’m still coughing and sneezing blood even after three weeks”, she reveals how severe the injury inflicted upon her is.
My Husband Was Sleeping With a Girl
Aigbe also revealed that the last incident started few days before when she discovered that her husband was sleeping with a lady. A lady she claimed to be her friend whom she was close to. This was a regular attitude from her husband; a man she claims has slept with a lot of people close to her, even her PAs. He confronted him and it led to a huge argument which was turning violent before she had to keep quiet. 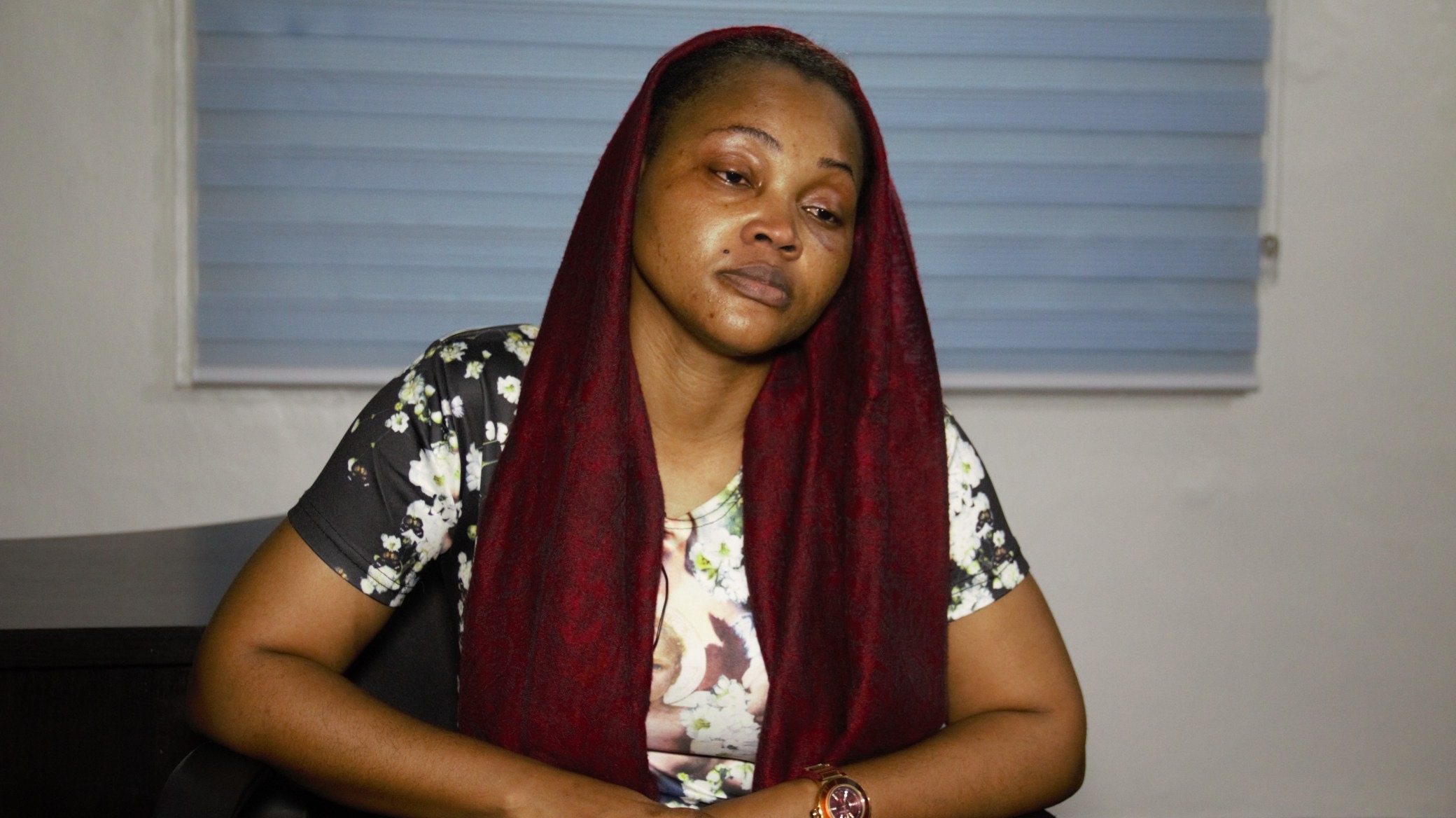 He Kept Beating Me
On the day of the incident, Mercy had informed her husband that she was attending a burial of her colleague. After his hesitance, she explained that it would not be fair on the lady since she had promised to be there and even invited him to come along. Mercy revealed that it was her refusal to go and pick her husband up while she was still at her designer’s place that brought the fury of the man on her. He was said to have driven there and started to beat her in the presence of everybody. “Immediately, I opened the door, he kept beating me. I was begging him and asking why he was beating me. He said he would destroy my face such that no make-up would fix it and destroy my career. He was acting like someone who was possessed. I told him “Lanre, mo ma bi mo fun e” (translated as “I have a child for you). 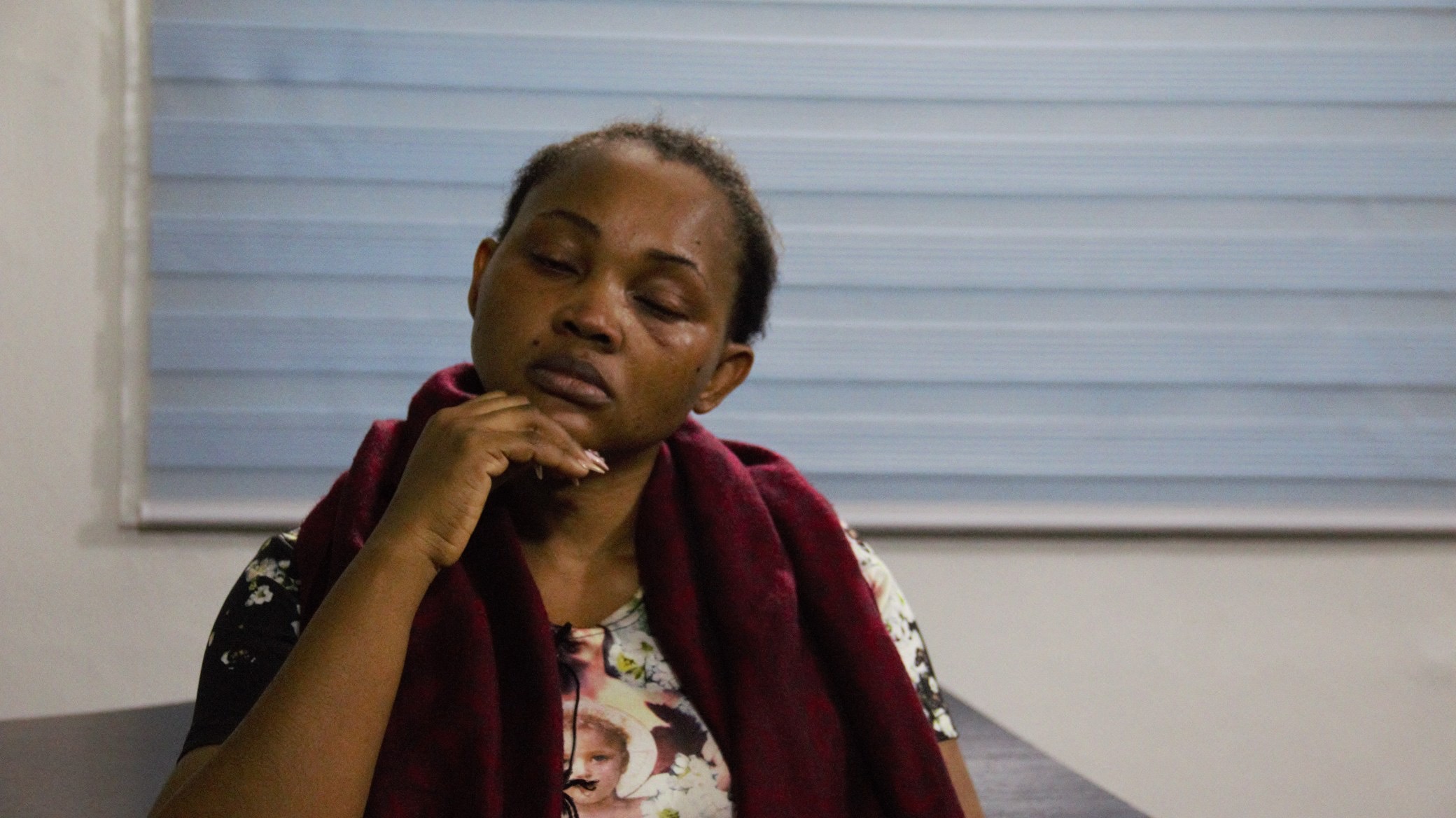 I agree that I am a fool

In the exclusive interview, the Nollywood star said she agrees that she was a fool for staying that long even with all the beating and humiliation. “I believed that a wise woman builds her home. That’s why I stayed that long”, she said.
About Cheating
“If he had shown a bit of remorse, maybe things would have been different. He went on saying that I cheated on him several times. I never cheated. That’s why I told him to come out with proof”, she said.