Manchester United coach, Ole Gunnar Solskjaer has given an update on Odion Ighalo loan deal. Albeit, the Red Devils are yet to make an offer to Shanghai Shenhua for the Nigerian footballer, but manager Ole Gunnar Solskjaer is hopeful the club can extend his loan spell so he can “finish off what he started”.

Ighalo, 30, who joined United in January, scored 4 goals, gave 1 assist in 8 games will return to China on 31 May unless an agreement can be reached to keep him until the end of the season. His current loan spell is due to expire on Sunday, and United remain in talks to extend his stay at Old Trafford. 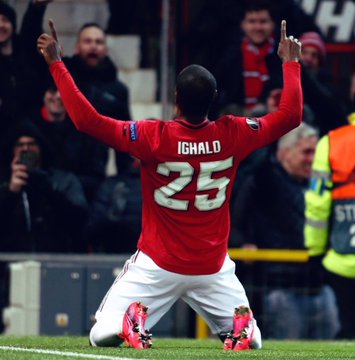 He has been offered a £400,000 per week contract extension until 2024 by the Chinese club and has reportedly made a personal plea to the Chinese side to extend his loan as he is desperate to finish the season with Manchester United.

Solskjaer told MUTV, “The loan deal went until the end of May now, so obviously he’s supposed to be going back,” We’re in dialogue. They’ve been great towards us, his club, and allowed him to play for his dream club. It’s been a dream for him and hopefully, he can finish off what he started, hopefully with a trophy for us. At the moment, nothing has been agreed. Their league is going to get started soon so we’re just waiting to see.”