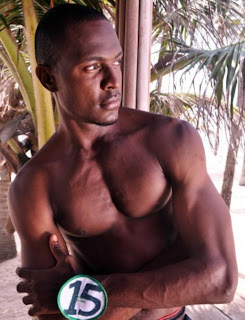 Deji Bakare has emerged Mr Nigeria 2011 while Chuks Obichukwu and Melvin Oduah came first and second runner ups.
By virtue of his victory, he is N1million richer, owns a brand new car, going on a trip to Sao Tome and Principe including 5 nights at the Pestana Hotels, wins an Ipad 2 and Blackberry Bold 9900. He is also to compete in the Mr World 2011 pageant.
The event which saw Bandele Adebule and Joseph Agossa come third and fourth runner ups were made up of few sessions, such as the costume display and Question &Answer sessions.
Held at the Silverbird Galleria on Saturday, October 29, 2011 and anchored by Munachi Abii, ex Most Beautiful Girl in Nigeria (MBGN), there were great musical performances by JJC, Eva and Chidinma
Other categories which awards were given include Mr Photogenic, Mr Sports, Mr Amenity, Strongest Man, Mr Smart, Mr Talented, Mr Physique, and Mr Personality.