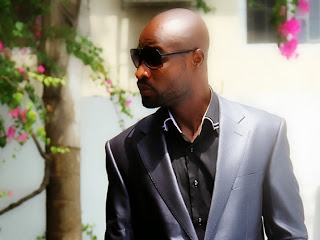 Nigerian artistes pay as much as N1m to have their songs written by professional songwriters? For real? That’s exactly what rave of the moment singer, Harrysong of the “Taiye Kehinde’ and “I’m in Love” fame told a PUNCH journalist. The Five Star Entertainment artiste also disclosed that he made over N50m from MTN callerback tunes for his “Mandela song”, well, the song actually got millions of downloads.
“Before now we charged between N100, 000 and N2000, 000 for a song. Today I charge as much as 1million to write a song. Truth is, Nigerian artistes have begun to appreciate songwriters. They pay me my money and appreciate me. I have written a lot of songs but I don’t talk about them because Nigerian artistes don’t like it when the songwriters take credit for composing songs for them.”

The proceeds from the caller-back tune is actually worth more than N50m. Truth is, I was paid a lot of money; you know – when they say money that can change someone’s life. That’s the value of what I received. I can’t reveal the exact amount because we work as a team. So, all the money realised is shared among us. You just want to forget all the years of suffering. It’s not a mere hype because the money is there. The song is everywhere. You go to South-Africa , the girls are crazy about it.” He concluded.
Previous ArticleMNET Africa CEO, Abiola Alabi is dashing on Hello! Nigeria coverNext ArticleHappy New Month!