Emanuel Santos, the sculptor behind the widely criticized Ronaldo statue has defended his work, maintaining that he and the Real Madrid star are happy with it. The Airport in Madeira was officially renamed after the ex Manchester United star at a a ceremony which took place yesterday, but pictures of the 32 year-old’s bronze bust took the internet by storm with many suggesting that it resembles former Arsenal forward Niall Quinn or The Head from BBC television programme ‘Art Attack’ than Ronaldo.

Reacting to the comments, the Madeiran artist told Globo.com. “I was with his brother at Cristiano’s museum in Madeira and from the messages he sent, I could tell that he liked what he saw. He only asked for some wrinkles that gave him a certain expression in his face when he’s about to laugh to be changed. He said it made him look older and asked for it to be thinned out a bit to make it smoother and more jovial. But they gave it the go-ahead and they liked what they saw.” 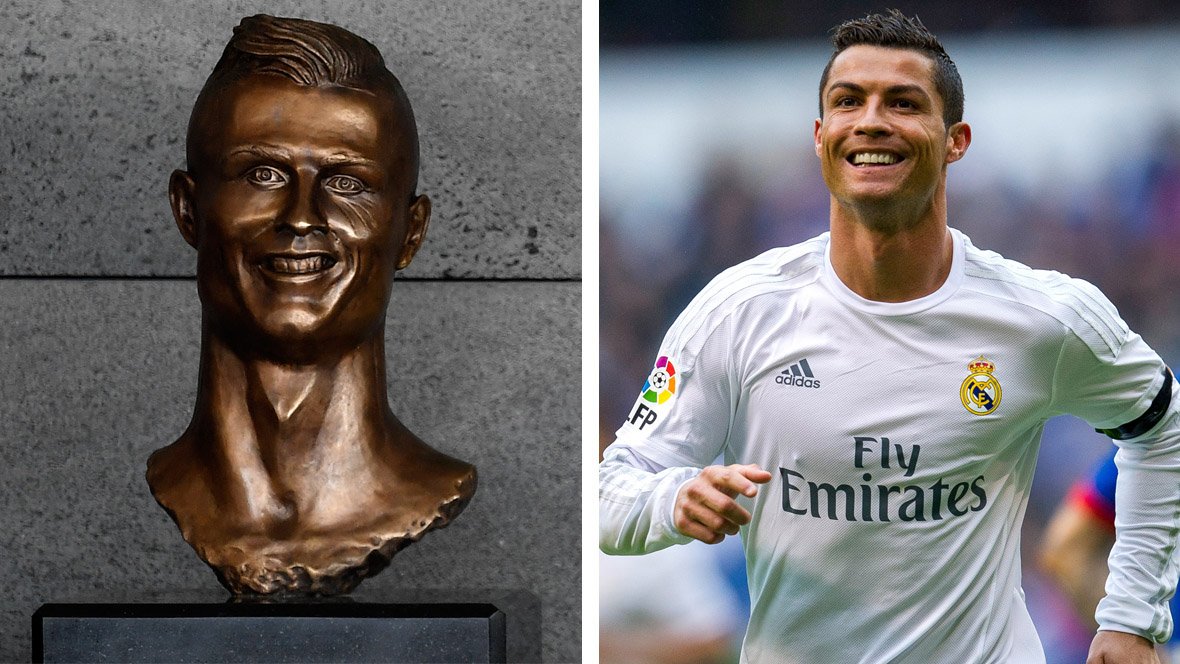 He continued,“It is impossible to please the Greeks and Trojans. Neither did Jesus please everyone. This is a matter of taste, so it is not as simple as it seems. What matters is the impact that this work generated. There is always the possibility of making a difference, I was prepared for all this.”
Previous ArticleKelechi Nwakali thinks Nigeria has the most Arsenal fans in the world because of Kanu.Next ArticleThe unthinkable happened during Schweinsteiger's first press conference in Chicago.