In what can be described as an astounding victory, England win their first U-17 World Cup after turning an 0-2 deficit into a resounding 5-2 victory over Spain. Manchester City’s Phil Foden‘s double strikes inspired the incredible comeback victory at the Salt Lake Stadium in India.
England now double world youth football champions in 2017, having won U20 WC earlier this year.
It has been a rollercoaster  year for England’s youth teams.
U17 Euros – Final
U18-20 Toulon – Winners
U20 WC – Winners
U21 Euros – Semi
U17 WC – Winners
Liverpool FC/England player, Rhian Brewster won the Man of the match award. 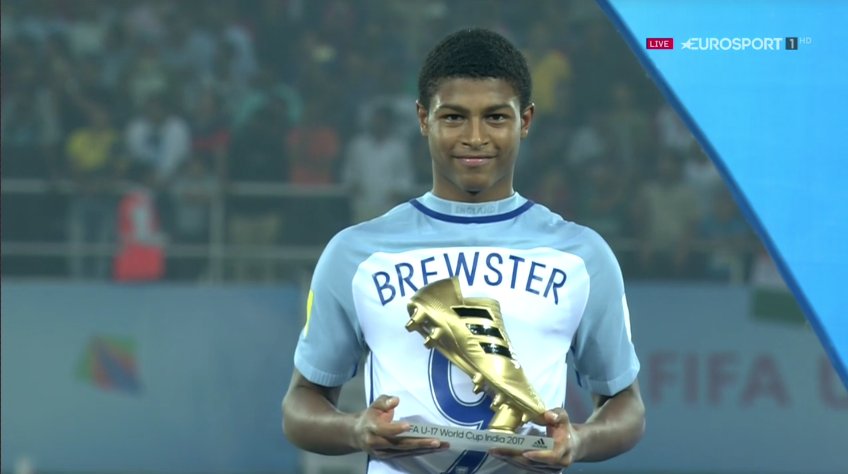