Paris Saint-Germain (PSG) have confirmed the signing of Brazilian right-back Dani Alves. The Brazilian whose spell at Juventus ended last season turned down a chance to reunite with his former boss, Pep Guardiola at Manchester City.
The 34 year-old rejected City’s £115,000 a week contract to sign PSG’s £240,000 a week offer, a move that left few fans disappointed .

Disgusted in Dani Alves. Wish I never drew a picture of him and sent it into to Match Magazine in 2009.

And he addressed their grievances in a PSG press conference: “”There’s a very interesting project in Paris,” he said. “I have friends here, I’m a man who loves challenges.  If Pep and Man City feel hurt, I’m sorry. I have come here to be a champion. I‘ve had the pleasure of winning the Champions League three times and I want to bring my experience here. “The President had a great power of persuasion. I like to make history. We can write it together here. The work that the club has been doing over the past several years is very encouraging. It’s an ambitious team.” 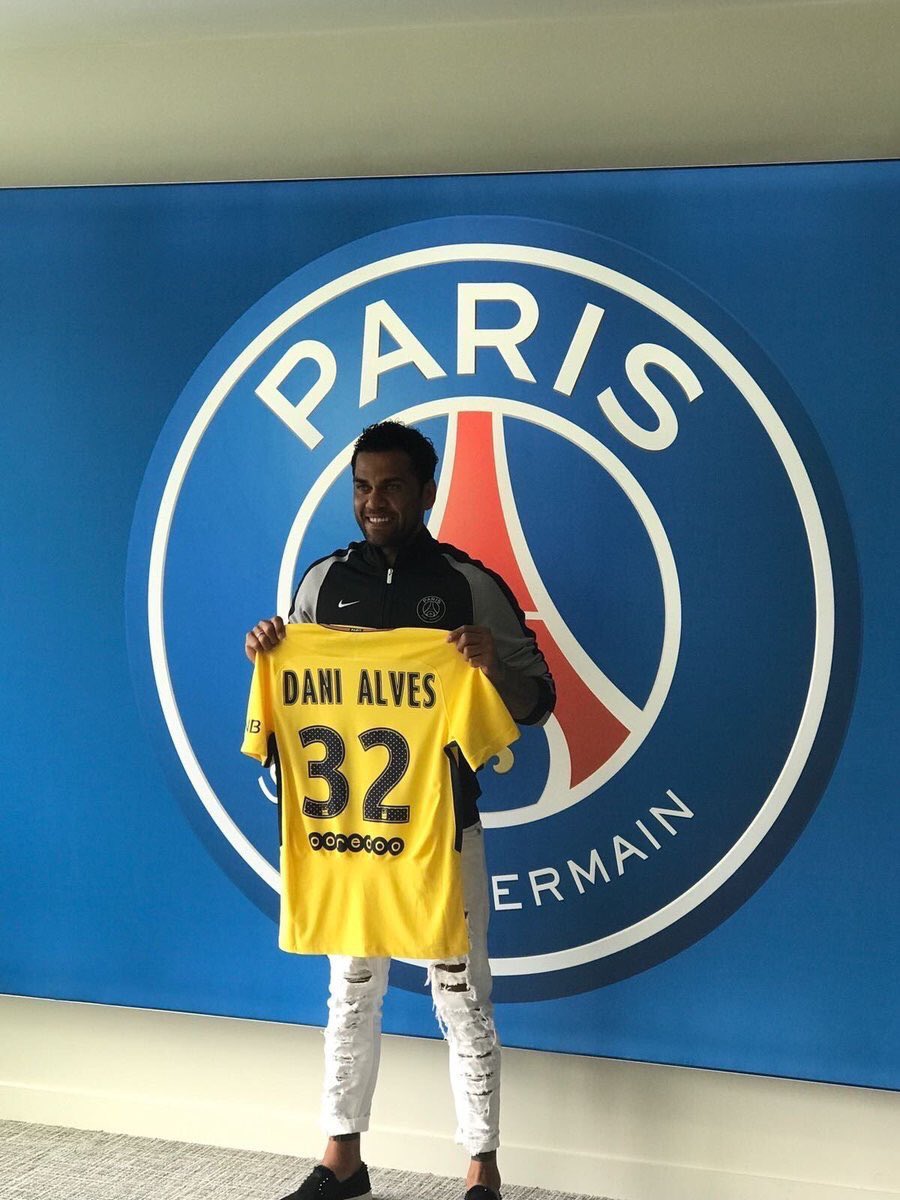