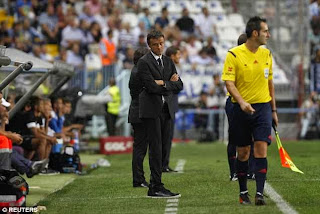 And just like Manchester United coach, Louis Van Gaal who fines his men each time they arrive a minute late to breakfast and asks them to hand in their mobile phones the night before a match, Barcelona manager Luis Enrique has also made his own laws as regards punctuality amongst his players.