Manchester United have announced the signing of Alexis Sanchez from Arsenal in a deal that sees the Armenian midfielder Henrikh Mkhitaryan move to the Emirates. The Chilean signed a 4-and-a-half year contract. He’ll reportedly earn £490,000-a-week, becoming the best paid player in the Premier League and Manchester United’s highest earner, joint with Ibrahimovic.

Speaking about his transfer, Alexis Sanchez said: “I am thrilled to be joining the biggest club in the world. I have spent three-and-a-half wonderful years at Arsenal and I bring with me very positive memories of that great club and its fans. The chance to play in this historic stadium and to work with Jose Mourinho was something I could not turn down. I am very proud to be the first Chilean player ever to play for United’s first team and I hope I can show our fans all around the world why the club wanted to bring me here.”

Jose Mourinho maintained that “Alexis is one of the best attacking players in the world and he will complete our very young and talented group of attacking players. He will bring his ambition, drive and personality, qualities that make a Manchester United player and a player that makes the team stronger and the supporters proud of their club dimension and prestige. 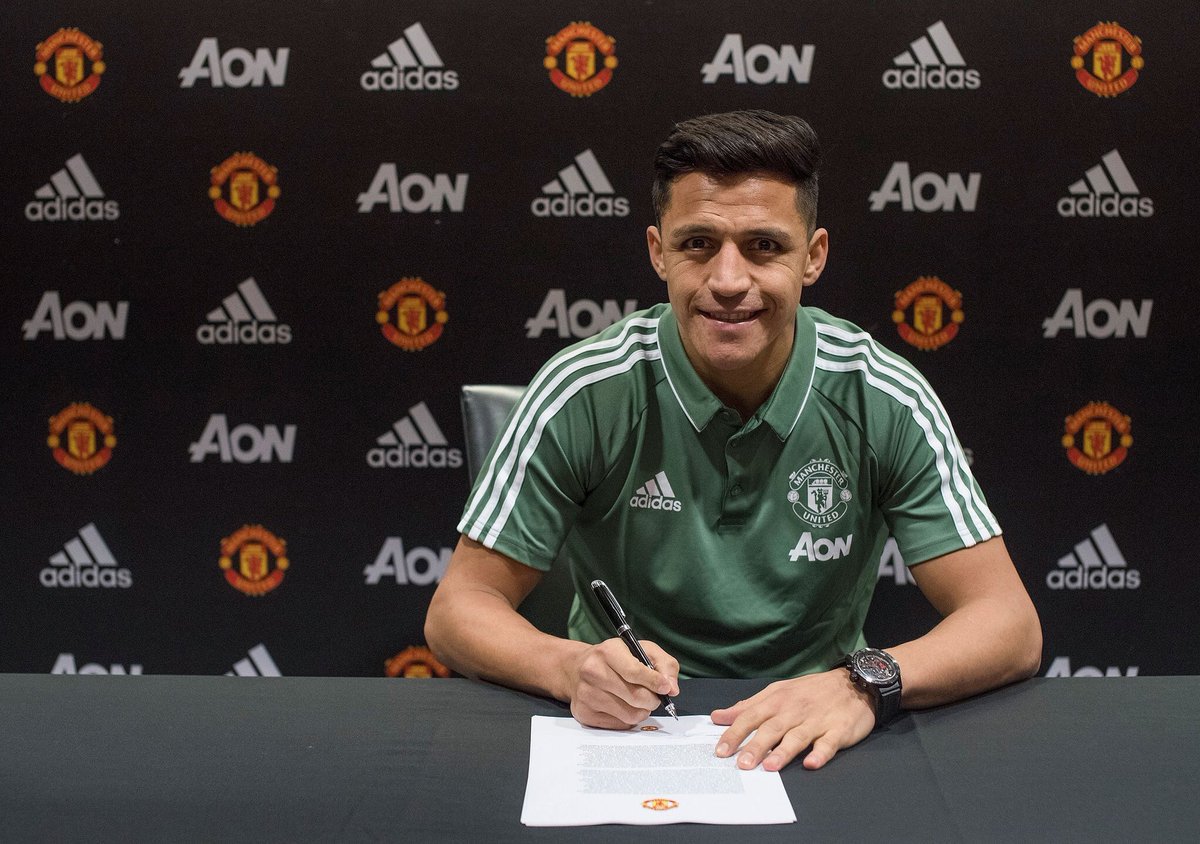