Nollywood heavyweights,  Joke Silva and Kunle Afolayan have been inaugurated as board members of the newly constituted  Lagos state Arts & Culture, by Governor Akinwunmi Ambode of Lagos State.

Speaking at the event which was held at the Banquet Hall, State House, Ikeja, Lagos, Mr Ambode said though the State Government in the last 23 months have covered a lot of grounds in terms of design and structure of the arts and entertainment sector, there is so  to be done if it must realize it’s goal to become a global hub for music, theatre and film.
“The commitment of our administration to harness the huge creative talents that abound in the State in the fields of Arts, Culture, Entertainment and Sports has never been in doubt. The ultimate goal is to use all of these to drive tourism, create employment and increase the contribution of the non-oil sector to the State’s gross domestic product.
“The Council for Arts and Culture which we have just inaugurated has a huge responsibility to translate our vision in this regard to reality,” the Governor added.

Governor Ambode said the Board is expected to ensure the sustainable management of arts and culture facilities and infrastructures in the State and create a sustainable framework for the sector. He urged the Board to generate local and international events to showcase and promote the State’s rich cultural heritage, diverse talents in the field of creative arts, music, entertainment and sports. 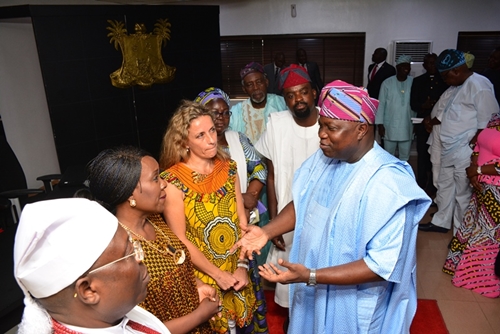