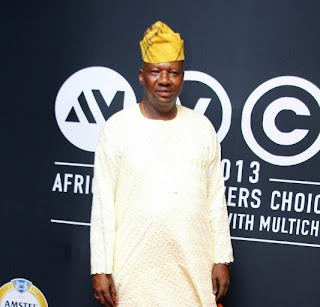 Actor, Babatunde Omidina, better known as Babasuwe has been through a lot in the past few years; from the death of his wife, Omoladun, his NDLEA saga and many more but the good news from his quarters is that the dark-skinned comedian has found love again.
Below are excerpts from his recent interview with PUNCH.

Tell us your background?
I am a special specie created by God. I hail from Igbogbo, Ikorodu, Lagos State but born and bred on the Island. My father was an average Nigerian who was into trading of eye-glasses and my mother was a trader . I am the only child between my parents. My father had three wives. I dropped out of secondary school when I was in form four. Growing up for me was tough but fun. I enjoyed every bit of it because I was quite mischievous. As a teenage, I didn’t really know the importance of education but thank God, I am managing well. I am also a different person from what you see on the screen, a quiet and easy-going person.
How have you been coping without a wife?
It has not been easy but life must go on. I believe whatever happens has been pre-ordained. The death of Omoladun was a great loss I cannot get over in this lifetime. She will remain my best companion. She understood me than any other person on planet earth. At times when we quarrel in the house, she would abuse me on set and that would mark the end of the issue.
Any plan of remarrying?
Yes. In fact pretty soon.

Who is the lucky bride?
You can’t know her for now. She is not an actress because I can’t marry an actress again.
Are you insinuating Omoladun was not a good wife?
No, I don’t mean anything of such. What I mean is that I cannot get someone like Omoladun among the actresses again. Her good acting skills is one of the reasons I loved her but I have decided to check else where for love.
After the death of Omoladun, your step daughter accused you of killing her mother?
That is mere rumour. She later came out to say she never said that. We were all staying in the same building. Omoladun was hypertensive for a long time and I did my best as a husband, a friend, and colleague to take adequate care of her. At a time she spent months at a hospital. The day the bad incident happened, I was about praying when I told my child to go wake Omoladun because we had an appointment. It was this child who ran out to call me and with the help of neighbors, we rushed her to the hospital. The doctor confirmed her death on arrival.

Has her death affected your career?
Not really. There are many people who can take her role but I miss her so much. After her death, I produced “Baba Jaiye” part two and it was a huge success.
Previous ArticleOpinion: This tie should bind Funke Akindele, Femi Adebayo but… | By: Lanre OdukoyaNext ArticlePhotos: Over 200 AC Milan fans storm Italian airport to receive Fernando Torres.