Retired Spanish footballer, Ernesto Valverde has been named the new manager of Barcelona FC. He signed his contract alongside president Bartomeu and sporting vice president Jordi Mestre. The former Barcelona player who is replacing Luis Enrique was officially presented at a press conference today. 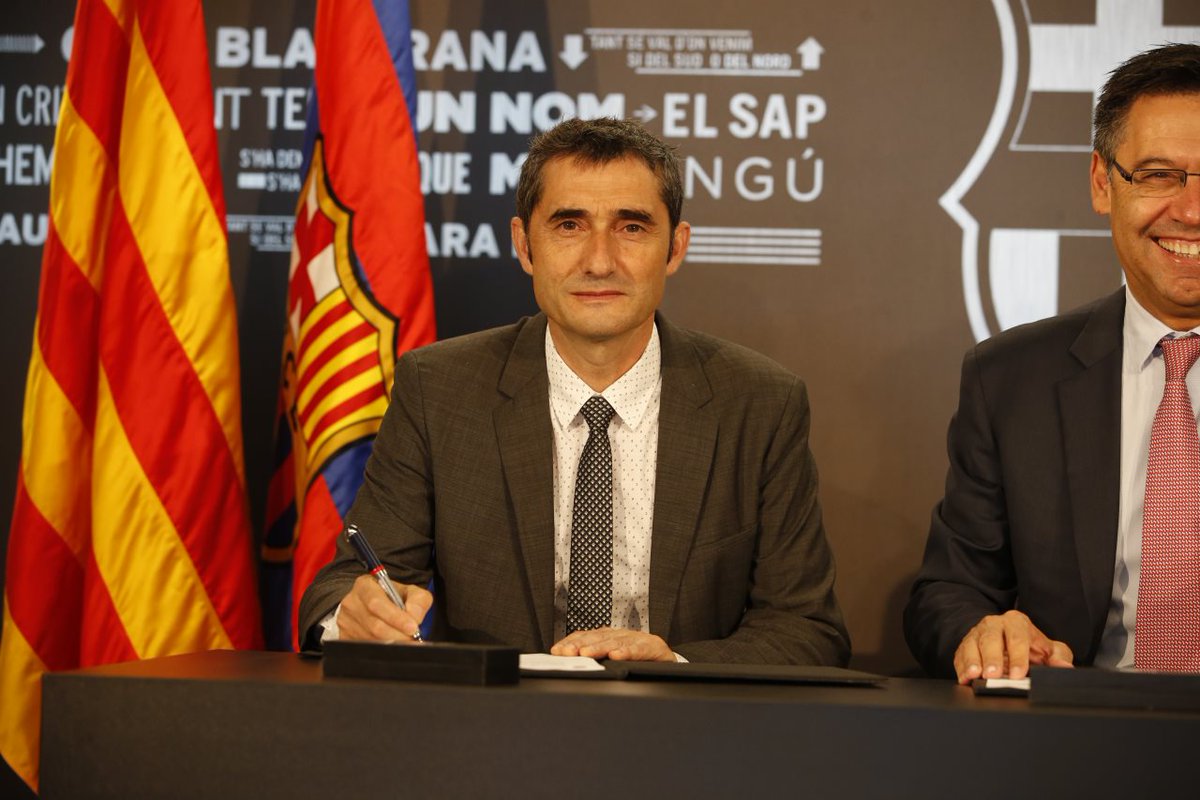 “I feel a great responsibility at this great club, it’s a challenge. It’s a privilege to be at FC Barcelona and that shows great confidence in me. It’s one of the best challenges, of that I have no doubt. My idea is to deepen that characteristic style that Barça has.

When a team like FC Barcelona calls you, you don’t have to think about it too much.  I consider Iniesta to be a very important player for the team and for the Club – he can still bring a lot out on the field. 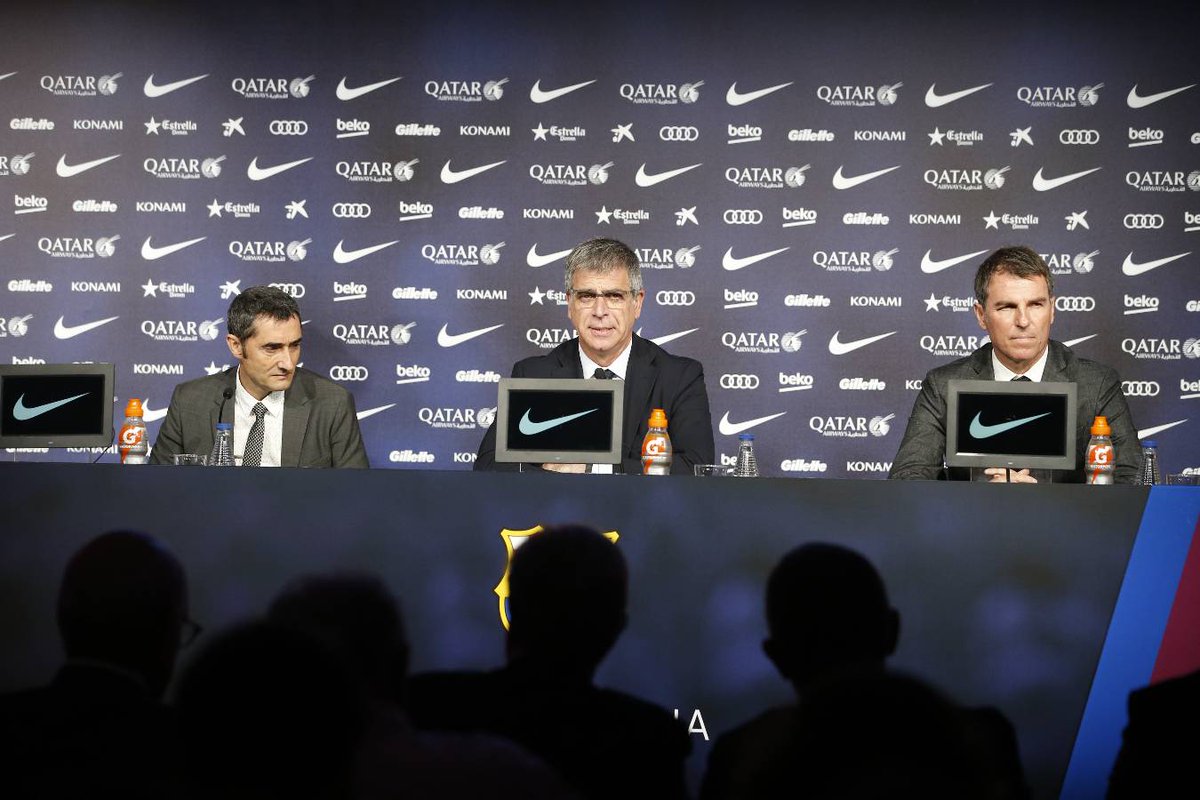 My idea is to have a fluid relationship with the B team, to see players getting better day by day to come up to the first team. “Luis Enrique is a high quality coach, he has achieved great things here. “It is the most difficult challenge in my career but also the most attractive. I feel confident. In my career as a player I had great coaches: Cruyff, Irureta, Heynckes, Clemente…You always take something from each one. Managing Barça will be the biggest challenge of my career

No one forced Casillas out – Florentino Perez