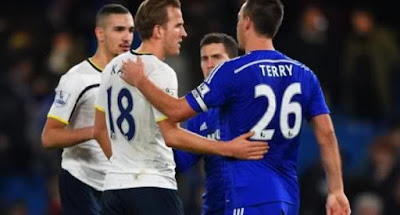 Tottenham striker Harry Kane is confident title defenders, Chelsea FC can finish in the Premier League’s top four despite their disastrous season. The Blues who currently sit at the 16th positon on the Premier League standings have not lost more than 6 matches in their first 11 league matches since 1978.
This season alone, the Champions of England have lost 7 times in 12 games. Kane, however, believes that the club is capable of turning their season around.
“Obviously they’re not playing very well at the moment but I wouldn’t write them off. They were champions last year for a reason. “ He said.

Schneiderlin reveals Rooney does not know who Anthony Martial is