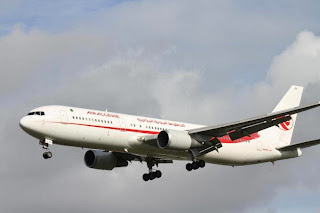 An Air Algerie flight with 116 people on board which has been missing for few hours now has crashed in after flying through violent storms. It was reportedly found near Niamey, the capital of Niger. The Flight 5017 lost radar contact 50 minutes after takeoff from Ouagadougou, Burkina Faso. It was supposed to have landed at Algiers’ Houari Boumediene Airport a few hours later.

A statement from Swiftair reads: “Swiftair informs that an MD83 of this company, operated by Air Algerie, took off from Burkina Faso at 0117 Z for Algiers and expected arrival time 0510 Z but has not reached its destination. Until now there has been no contact with the aircraft.