Update on Best of Nollywood Awards 2014 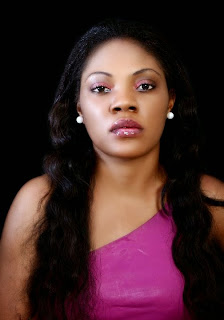 Nominations for the 2014 Best of Nollywood Awards are set to be announced Friday, August 1st at a glamorous nominees’ unveil holding in Port Harcourt, Rivers State. The executive producer of BON Awards, Seun Oloketuyi, revealed this Wednesday afternoon while disclosing that the event would be broadcast live on select terrestrial television stations.
He said, “We are happy to announce that after several months of screening, our screeners’ committee have finished a critical part of their work. So, come next Friday, we shall unveil to the world which movies and moviemakers, stars and stakeholders have outdone their contemporaries in the year under review.”
The nominees’ unveil, a wholly media event, Oloketuyi said would have as special guest of honour, the First Lady of Rivers State, Lady Judith Amaechi, and she would be joined by Niran Adedokun, Chairman of the Jury of the BON Awards, to announce the nominees.
As Nollywood holds its breath for this announcement, Oloketuyi said the nominees’ unveil would be hosted by actress, Bayray Mcnwizu. According to Mcnwizu, winner of the Amstel Malta Box Office 2007, “I am excited about my choice as host of the nominees’ unveil because the BON Awards has grown to become one of Nigeria’s biggest awards ceremonies for practitioners in the movie industry and it is a great honour to be singled out as anchor for one of the most important days in the annual calendar of Nollywood.”
He however prevaricated on the hosts of the awards proper saying however that the organising committee of the awards headed by marketing communications expert and entertainment enthusiast, Kingsley James, has narrowed its choice of the 2014 BON awards hosts to a popular On-Air-Personality with crucial youth demography following and appeal and one of Nollywood’s finest leading males.
“I cannot reveal the name of our hosts for now but what I can conveniently tell you is that we have an exciting and multitalented pair that transcends different audiences and expectations. Importantly, we have chosen a pair that would give us a great awards night,” Oloketuyi declared.
This year’s BON Awards holds October 4th in Port Harcourt, Rivers State.

WHAT TINSEL HAS BROUGHT TOGETHER! DAMILOLA ADEGBITE AND CHRIS ATTOH ARE ACTUALLY DATING.

A MESSAGE FROM MERCY JOHNSON’S HEART