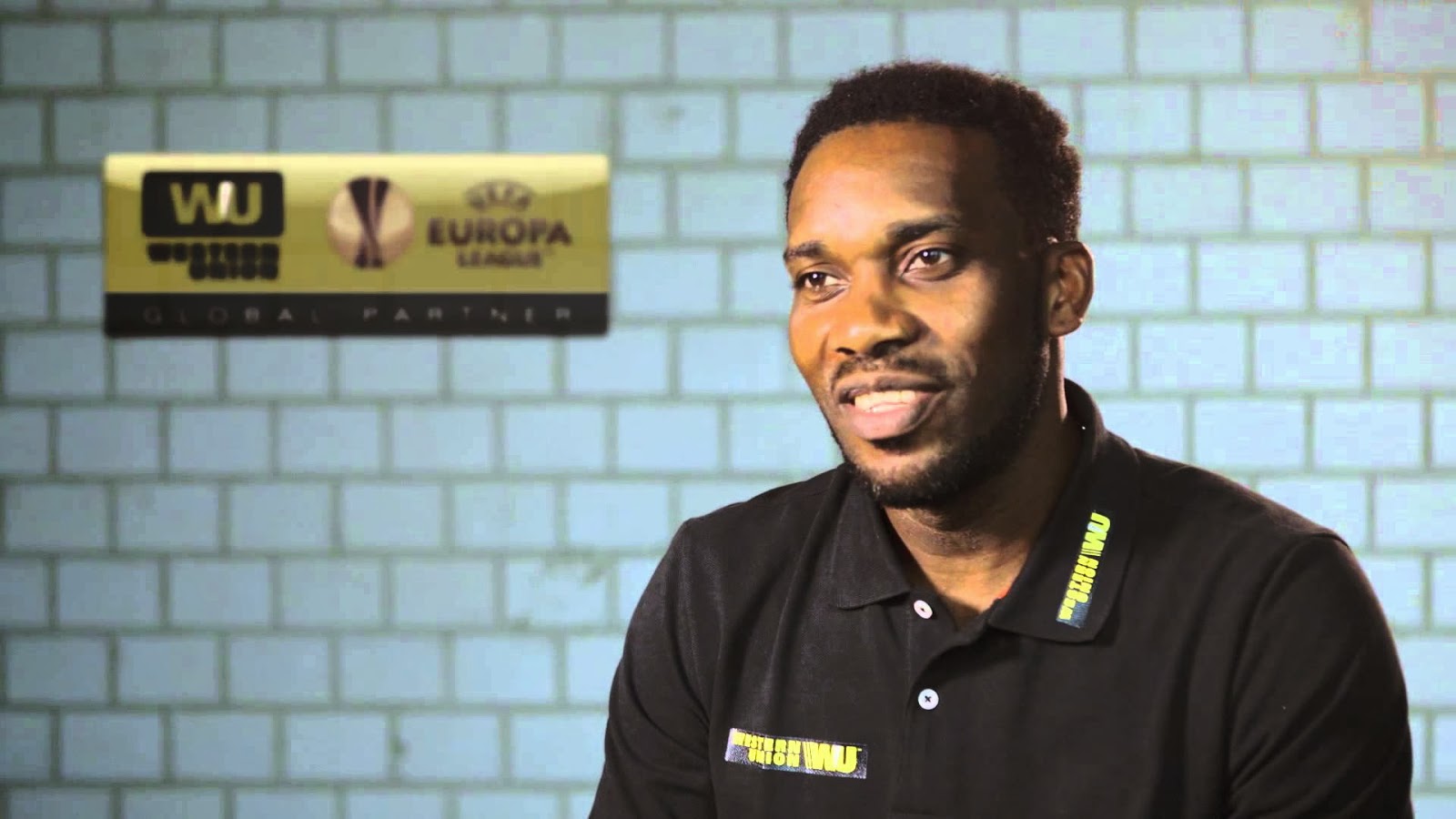 African football legend, Jay Jay Okocha while speaking as the latest PASS ambassador after meeting with fans in Frankfurt talked about his anticipation of the forth-coming 2014 World Cup. The ex Super Eagles captain has been an ambassador for Western Union as a way to help vulnerable children get the education they deserve.
He gave the fans an exclusive opportunity to be pictured with the UEFA Europa League trophy in a specially designed photo booth. “This time Nigeria will make its people proud at the World Cup” and he is “hoping for a new talent to outshine Messi and Ronaldo in the World Cup.” He affirmed.
View Video Below