Short Story: Who the rib fits | By: Ticia Towns 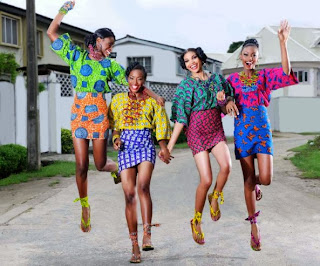 As I lay on my bed trying to catch a nap despite the 34 degree weather forecast of Abuja, dead tired from a hard day’s work with echoes of my boss’s angry voice still ringing in my head and having it become a nagging headache, staring at my ceiling fan was actually therapeutic at this point as the circular movement of it seemed to hypnotize me, just what my nerves needed to relax. We are the girls Burna boy sang about, we loved to party all 4 of us. We did the whole shebang, drinks, cigarettes, shisha and whatever form of highness we could find. Our state of highness was our normal habitat; we were like fishes in the water very comfortable in our own skin and we would do whatever it took to stay that way.
Tasha was our queen bee as is customary for every female group to have a leader. That wasn’t her birth name of course; she was named Ada an only daughter of a very rich traditional ruler in the east. Tasha was all shades of pretty; lips, hips and fingertips so naturally she had to pick a name that would befit her looks and status. The rest of us; Ivie, deola and I all known by our self-given names Andrea, Isabella and Nessa were like jelly fish when Tasha spoke, but why wouldn’t we be considering she had the money and connections we needed to flex and boy were we living the life…or so we thought. We had guys swarming around us like bees, most of them coming for Tasha not that we were not beautiful too but we just enjoyed living in her limelight, a bed of roses planted by her hard work.
Nevertheless, all good things eventually come to an end. Our 4 years in the university were over and so were our days of stupidity but we still remained friends. Not as close as one would have thought because the realities of life had started to set in. Ivie, deola and I had gone back to our hustling lives as our parents didn’t stack piles of money for us and our brains had not done so either for our results were nothing to write home about even after paying and sleeping with the examination officer and anyone who mattered. 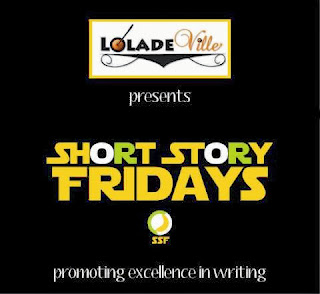 By this time we were of marriageable age and we figured the best way to escape this life was to marry a bag of money in male’s clothing. Having a conversation with Deola one day I said to her “babe make we try hook up with Tasha again oo, she fit get better connect” it’s unbelievable how we were not ready to let go of our leaching lifestyle.
Naturally we just knew that Tasha’s lucky stars would still be shining so getting herself hooked to a rich Mr right wouldn’t be a big deal, even though Ivie had married a rich wife beater, we felt it was still better to nurse your wounds in a G-Wagon on your way to a private hospital than to walk under the rain to a general facility.
It seemed like even the gods were in on this plan because days later I ran into Tasha at the mall, looking prettier than ever and as is usual with ladies my eyes had done a quick scan from the crown of her head to the tip of her toes in just a matter of seconds and I noticed she was wearing a ring on her finger…wow! My guess was right; the stars were still shining in her favour.
“Babe when were you planning on sharing the good news now?” I quickly chipped in before we got carried away with exchanging pleasantries for they were not as important as this pending gist. “What news Nessa?” she answered; flashing her still very white teeth despite the amount of tobacco they had inhaled, “ah ah now babe na me you wan de hide your engagement news from? No be us go wear asoebi again?” by saying that, I was already warming my way back into Tasha’s inner circle and setting my plans in action.
“My dear it’s not an engagement ring, it’s a costume ring. I’m not rushing into marriage like Ivie just to end up divorced or with an abusive man oo, I will patiently wait for who the rib fits” the shock I felt with those words seemed as though I just hugged a transformer, When did Tasha become this reasonable? What had changed her philosophy about life and even marriage? Not to talk about waiting to marry who the rib fit, a guy who would love her for who she was. Immediately I felt hot all over, sweat dripping all over my body and I realised PHCN had struck, awakening me to a better reality than Tasha was about to serve me in my dream.
**********************************************************************************
Ticiatowns is a writer extraordinaire with a passion for entertaining and that she does through her vast imaginative ability touching fiction, lifestyle, inspirational and humor.
Follow @ticiatowns on twitter
http://ticiatowns.wordpress.com
Got short stories to share? Kindly email ; ololade.olatunji@yahoo.com

The top 10 most hard working players in the Premier League