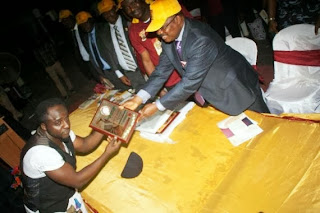 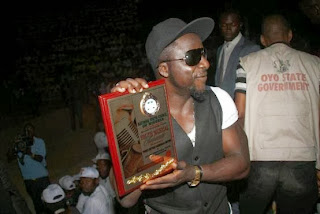 International recording artiste and son of Alaafin of Oyo, Adeyemi Adetona, fondly called Tillaman has been appointed Youth musical ambassador of Oyo State. The honour was bestowed on him by the Governor of the State, Senator Abiola Ajimobi during the International Youth Day celebration organized by the Oyo State Agency for Youth Development.

The event which was well attended by guests and residents of the state was held at the Cultural Centre, Ibadan on Monday 12th August 2013. Musical performances were also granted by Konga, Chuddy K, Obesere to mention a few.

TYPES OF MEN YOU SHOULD NEVER MARRY