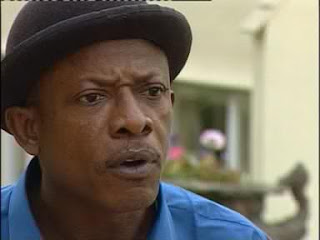 Although no life was lost but his Mitsubishi Montero SUV, Toshiba laptop and camcorder as well as other belongings were carted away.

The veteran actor who was not home told Daily Post, 'I was in Abuja last week Saturday when my neighbours called that it was like my place was burgled, that my gate appeared to be open. I asked them to check and they reported back that out of the three vehicles parked in the compound, the Jeep was no longer there'

The incident has since been reported to the Police.

The Truth about 2Face

BEHIND THE SCENE PHOTOS OF HEAVEN’S HELL