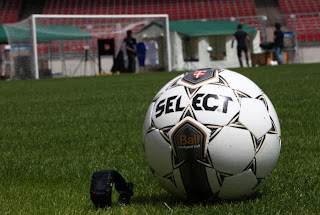 Wonder what this is all about? The technology will determine when the ball has completely crossed goal line, assisting the referee in calling a goal or not.

Two systems; the Hawk-Eye and GoalRef would be employed; both have passed scientific tests to prove that they could quickly and accurately judge when balls cross the goal line.

The Technology could be introduced into the Premier League soon.

Let's say a 'brand new referee' has been introduced to football. No cheating! Sounds nice

Lagos to host a befitting testimonial for Yobo